Thanks to consulting and expertise from myclimate, TakaTaka Solutions, based in Nairobi, has been able to introduce an environmentally friendly local waste management system. The economically and ecologically optimised collection and recycling system, as well as additional services such as waste and recycling reports, enabled the company with Swiss roots to become the biggest waste company in Kenya at the start of 2018. 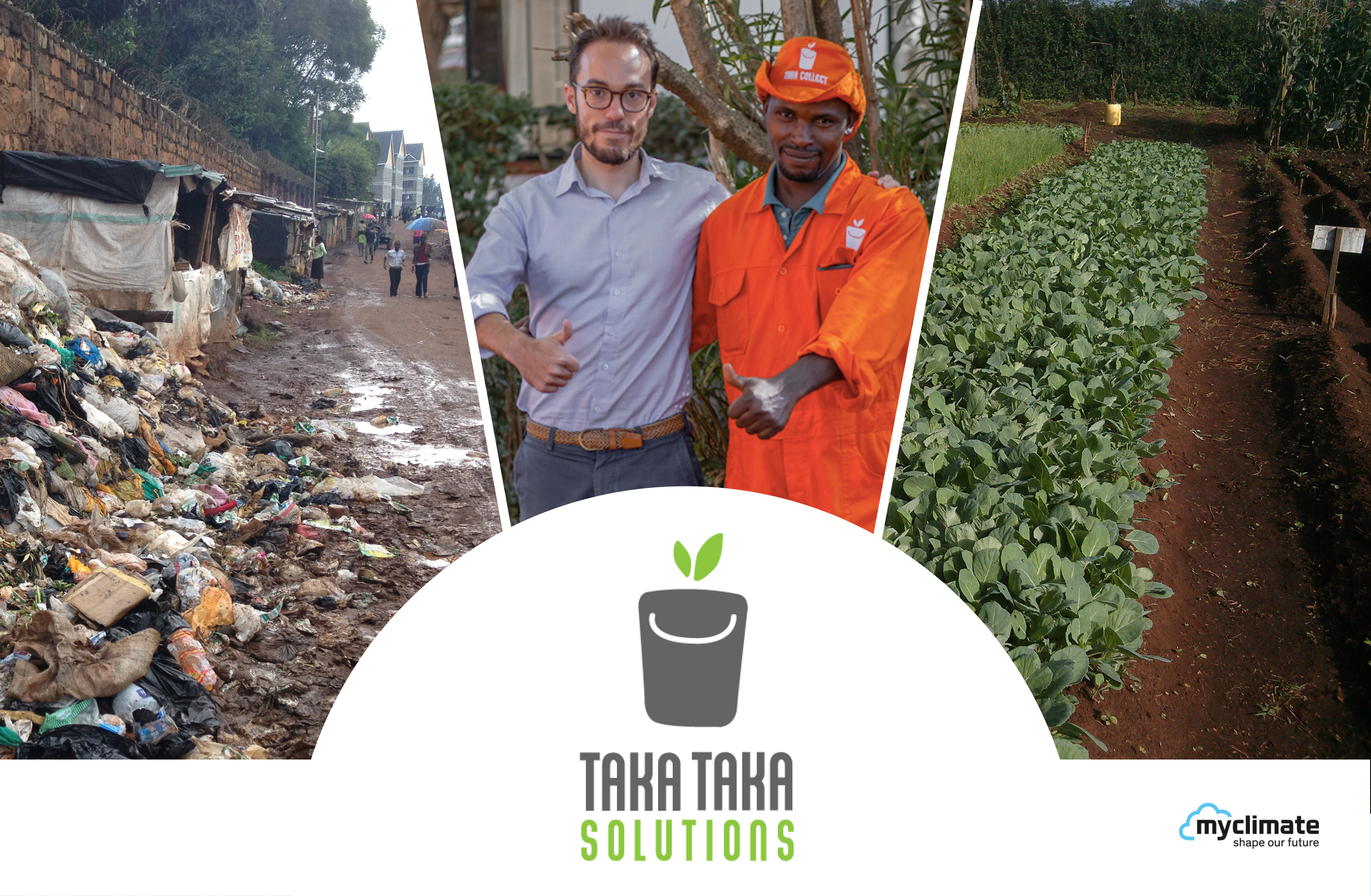 "myclimate helped us to significantly improve our environmental reporting. Our customers now regularly receive sound information about the CO₂ savings they achieve through our recycling measures."; Daniel Paffenholz (l.) with employee Joseph Kamau.

From November 2016 to May 2018, together with its project partner TakaTaka Solutions, myclimate carried out a project supported by the federal government on the improvement of resource efficiency in the area of waste management in the Kenyan capital city of Nairobi. The mission of the company, which has existed since 2001, is to offer affordable, environmentally friendly waste disposal services for all income levels. In the course of the project, the operational efficiency was to be improved and the range of services offered by TakaTaka Solutions was to be expanded to include sustainability assessments.

During the project, myclimate carried out life cycle assessments of over 40 waste groups and analysed the impact of recycling and composting on the climate and environment. The ecological advantages of organised composting compared to the random dumping of biological waste were also revealed, and the importance of recycling activities on the road to a recycling economy was emphasised.

This assessment forms the basis for detailed waste and recycling reports, which TakaTaka Solutions can now send to its business customers each month, thanks to the analysis carried out by myclimate. These reports not only provide information about the volumes of waste produced and the recycling rates achieved, but also show the originators, which waste groups are the most damaging to the environment and how much greenhouse gas can be avoided through recycling and composting. The CO₂ savings made by the individual companies are illustrated graphically in the form of the area of forest saved (in the number of football pitches) as well as the equivalent car mileage saved. The reports are an important instrument to make waste producers aware of the environmental impacts of waste and to motivate them to implement measures to avoid waste.