Since November secondary school students can become Energy and Climate Pioneers too. The first workshops were something special: International myclimate climate experts reported on the status of environmental protection in their countries. 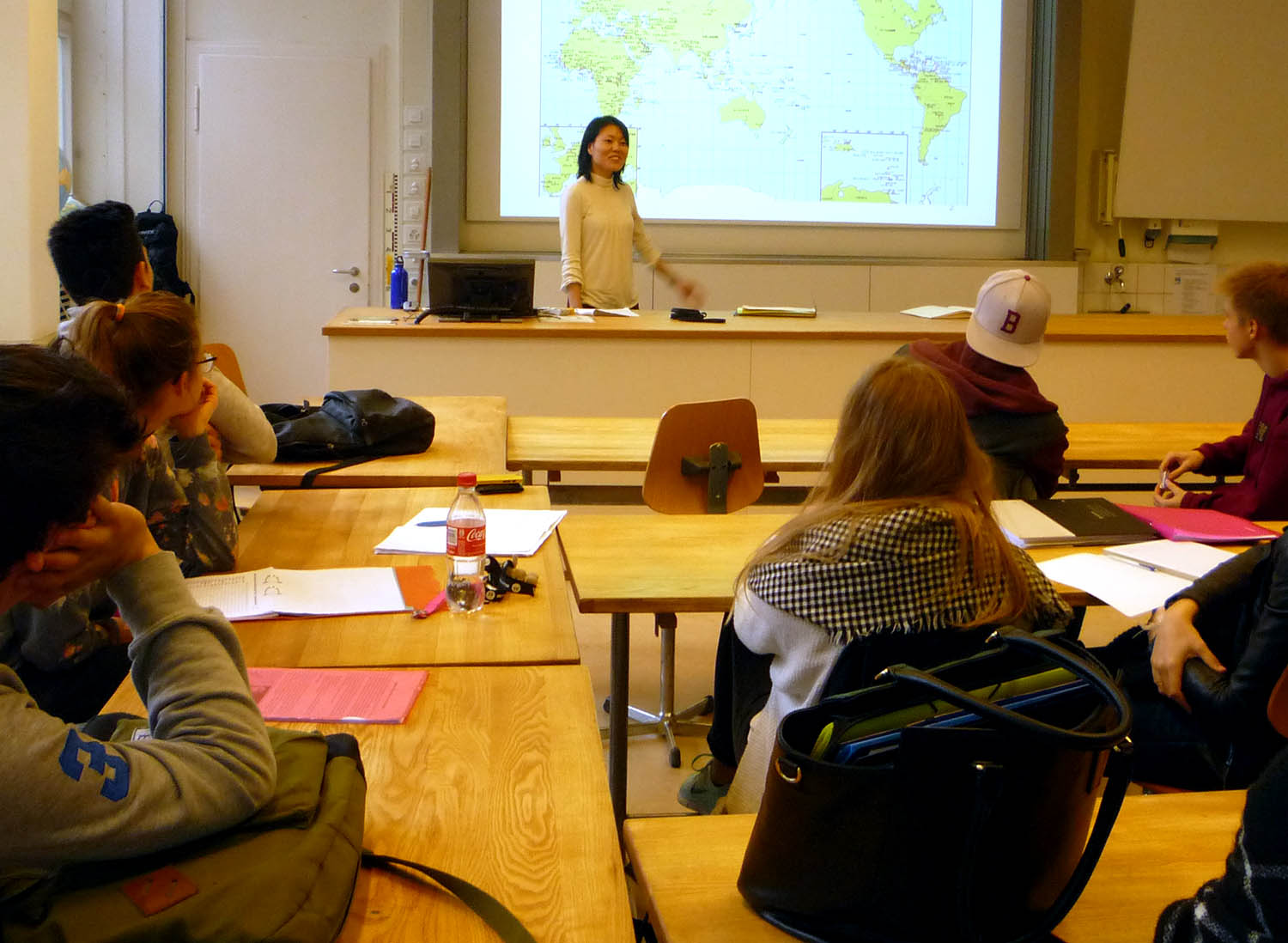 myclimate supervises climate protection projects throughout the world. It was for this purpose that myclimate project team members Yuri Okubo of Japan, Paul Leon of Peru and Job Orina of Kenya travelled to Switzerland for coordination meetings. The Climate Education team of myclimate thought this was too good an opportunity to pass up, and invited the three climate protection project team members to the very first workshops for secondary school students as part of the "Energy und Climate Pioneers" initiative.

One of the classes they visited was the second-level commercial school class at Kantonsschule Hottingen in Zurich. Over the course of two lessons, the myclimate environmental experts talked about energy and climate issues in their countries. "Snack and drink machines stand on every corner in Japan," Yuri Okubo of Japan told students between the ages of 16 and 17, explaining one of Japan's peculiarities. Per year, the 2.6 million drink machines alone require as much energy as 1.3 million Japanese households. This fact deeply impressed the young people.

In the discussion that followed, they wasted no time in asking whether the Japanese are even aware of climate change. "Japan's government is unfortunately not exemplary," Yuri Okubo answered. "But since the Fukushima disaster, it has been clear to Japanese people that energy doesn't simply come from a socket. “ The discussion by students went beyond international energy and climate issues.

They also discussed how energy resources are handled in Switzerland, along with the 2050 energy strategy. While myclimate employees do not live in Switzerland all the time, Energy and Climate Pioneers from secondary schools still have an opportunity to share their views globally. In addition to the "Projektumsetzung konkret" [concrete project implementation] and "Energie- und CO₂ Fussabdruck berechnen" [calculate your energy and CO₂ footprint] workshops, "Die Welt kommt ins Klassenzimmer" [the world joins your classroom] represents a third teaching unit with a global focus. This workshop allowed Swiss secondary school classes to exchange views with students in Uganda or Kenya by email, Skype or video.

A common feature of all Energy and Climate Pioneer projects is that the young people define their own environmental challenge or project. Some of the Hottingen class members now plan to go without meat for a week. Other students from Zurich Hottingen have decided to restrict showers of more than five minutes to every third day. Click here for other projects for responsible energy use and more climate protection.