At our anniversary celebration the myclimate Innovation Award was presented to a innovative clima-friendly product. The winner is the project „Solarbrennstoff aus Biomasseabfall“. 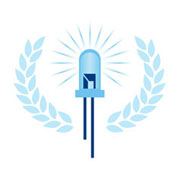 myclimate is ten years old! In honour of this occasion, myclimate presented an award to an innovative product that cuts down on greenhouse gases and thus actively contributes to climate protection. Three interesting projects were nominated from the numerous applications received. The winner, for which myclimate will calculate the carbon footprint free of charge, was announced at the myclimate anniversary celebration on 14 September 2012.

The nominees included the following projects: " Direktrecycling Couverts", which produces envelopes from used paper; "Greencity", the first CO₂-neutral district in Switzerland; and "Solarbrennstoff aus Biomasseabfall", which aims to upgrade agricultural waste through solar energy. The latter project was the winner. Congratulations!