Thanks to our successful subsidiaries, we have active operations the world over. On the strength of its expertise and a wealth of ideas, myclimate Japan holds its own in an environmental policy landscape that is entirely different from our own – and stays on top, no less. 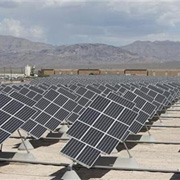 The study will examine whether it is possible to increase the proportion of solar energy by 10 megawatts in Mongolia. If it is possible, this will help to reduce greenhouse gas emissions, lower air pollution, increase energy safety and move the country one step further in its development.

Today, Mongolia covers most of its energy demand with coal power plants. In recent years, the country's rapid economic development has meant that the power plants have been unable to meet increased energy demand. Power outages and even higher demand and consumption of coal were the result. Higher consumption of coal leads directly to higher emissions and increased air pollution – despite the fact that Mongolia is one of the world's sunniest countries, and therefore has great potential for generating solar power. The technology could therefore become a major driver for the country's economic development.