Whole 34 days required the family Schwörer to traverse the legendary Northwest Passage with their sailboat, the Pachamama. They were the first sailboat that mastered the passage eastward through the Fury and Hecla Strait and Hudson Bay. 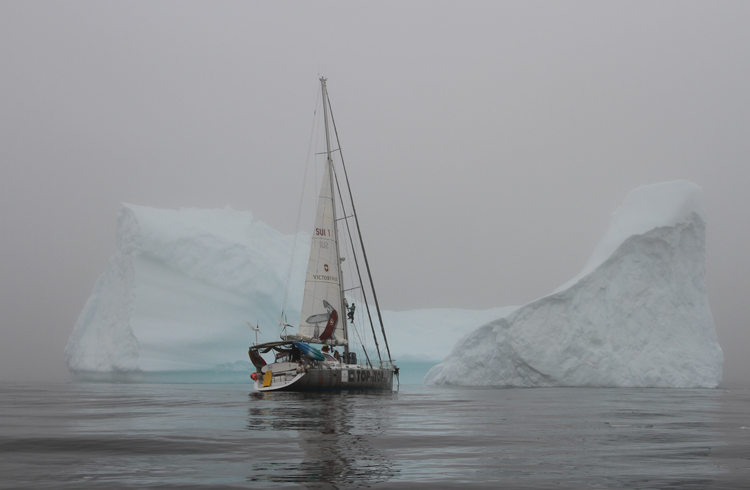 "This is further proof of the ongoing climate change", Dario Schwörer commented laconically. Had such tests failed until a few years ago due to ice, the family Schwörer faced this year only three times isolated icebergs (at Cape Barrow and in the Fury and the Hecla Street). Starting in the Chuckchi Sea the Pachamama crossed the Arctic Circle on 5th August in northerly direction. After 3076 nautical miles, the boat left the area above the Arctic Circle on 7th September, and thus completed the crossing.

"Our autopilot stopped working in Nome Alaska, so we had to helm through the North-West Passage exposed to the weather and cold.” Dario Schwörer added. Logistically, the crossing was also a big challenge: In Nome, Alaska, the Schwörers could take fresh water and supplies for the last time. So each member of family and crew had to do a day on board for the time of the crossing with the whole two liters of water.

In addition to the evidence for global warming has supported this project since 2011 when René Estermann first got to know Dario Schwörer in person. TOPtoTOP has set itself the daunting challenge of sailing the seven seas and conquering the highest peaks on each of the world's continents. Without high-tech support, but climate neutrally using muscle power and renewable energy sources. But they also serve as ambassadors for the global climate. And to that end the Schwörers are consciously seeking out contact with the next generation. These passion-filled role models have already inspired more than 50,000 children and young people around the world.

Where are the Schwörers now?