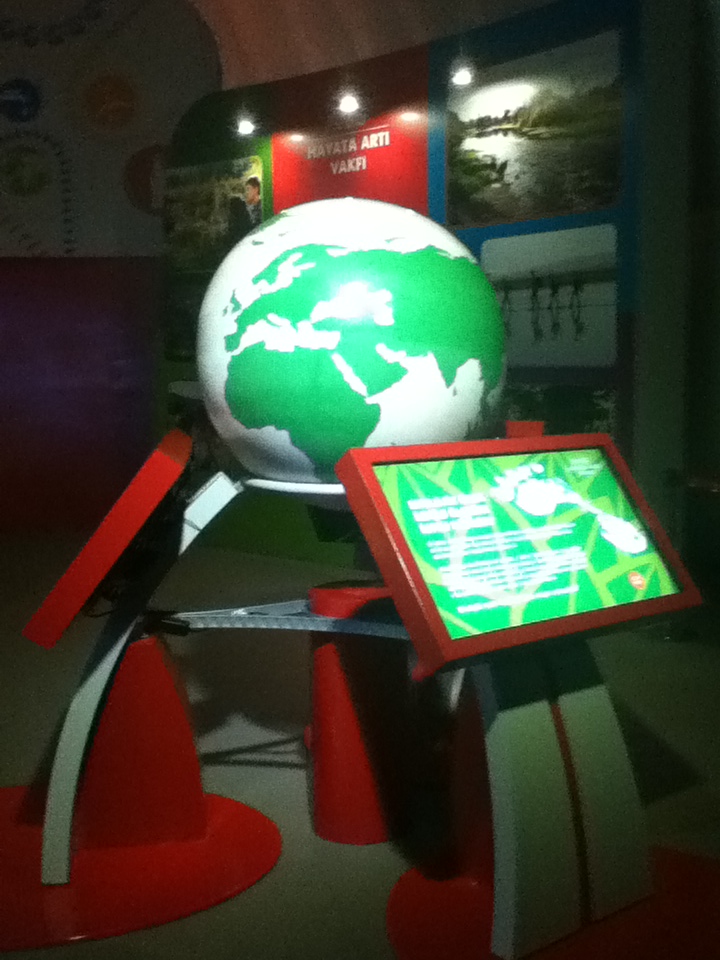 myclimate Türkiye joins Coca-Cola that invites you to a trip through the lens of its history. With a motto of ‘Lots of Happiness’, World of Coca- Cola showcases the brand’s history with emphasize on sustainable future. World of Coca- Cola opened its doors to public on 9th November 2012 within a 1000 m2 tent in İstanbul / Marmara Forum. myclimate Türkiye has been calculating the project’s carbon footprint. The mission of the project is to share the history and define unknown magical moments of Coca-Cola during its journey since 1886. Coca- Cola welcomes its lovers to enhance happiness and empower Coca-Cola love.

The enormous tent, World of Coca-Cola covers three parts. First one reveals the story of the past. Not only is it unveiling the past of brand all over the world, but it also showcases the nostalgic customized bottles, global and local advertisements and unique Coca-Cola designs. Second part of the tent triggers public to be more aware of production as well as quality standards of Coca- Cola. Hereby the visitors are encouraged to participate in interactive games as well as various activities.

The last part enables visitors witness future of Coca-Cola’s action towards sustainability. Carbon Footprint Calculator is being provided on tablets by which visitors are enabled to further see their personal impact on environment out of their daily activities. We are fully aware that talking about future is simply impossible without assessing today’s activities as well as impact. Therefore myclimate Türkiye is happy to help Coca-Cola avoid, reduce and offset their footprint. myclimate Türkiye is set to calculate World of Coca-Cola Project’s footprint during one entire year.