They come from different countries and have completely different backgrounds, yet they all have in common their commitment to sustainable development. A report on the experiences of YES Lab Switzerland as an appetiser for the next YES course, which is being held in Iran for the first time. 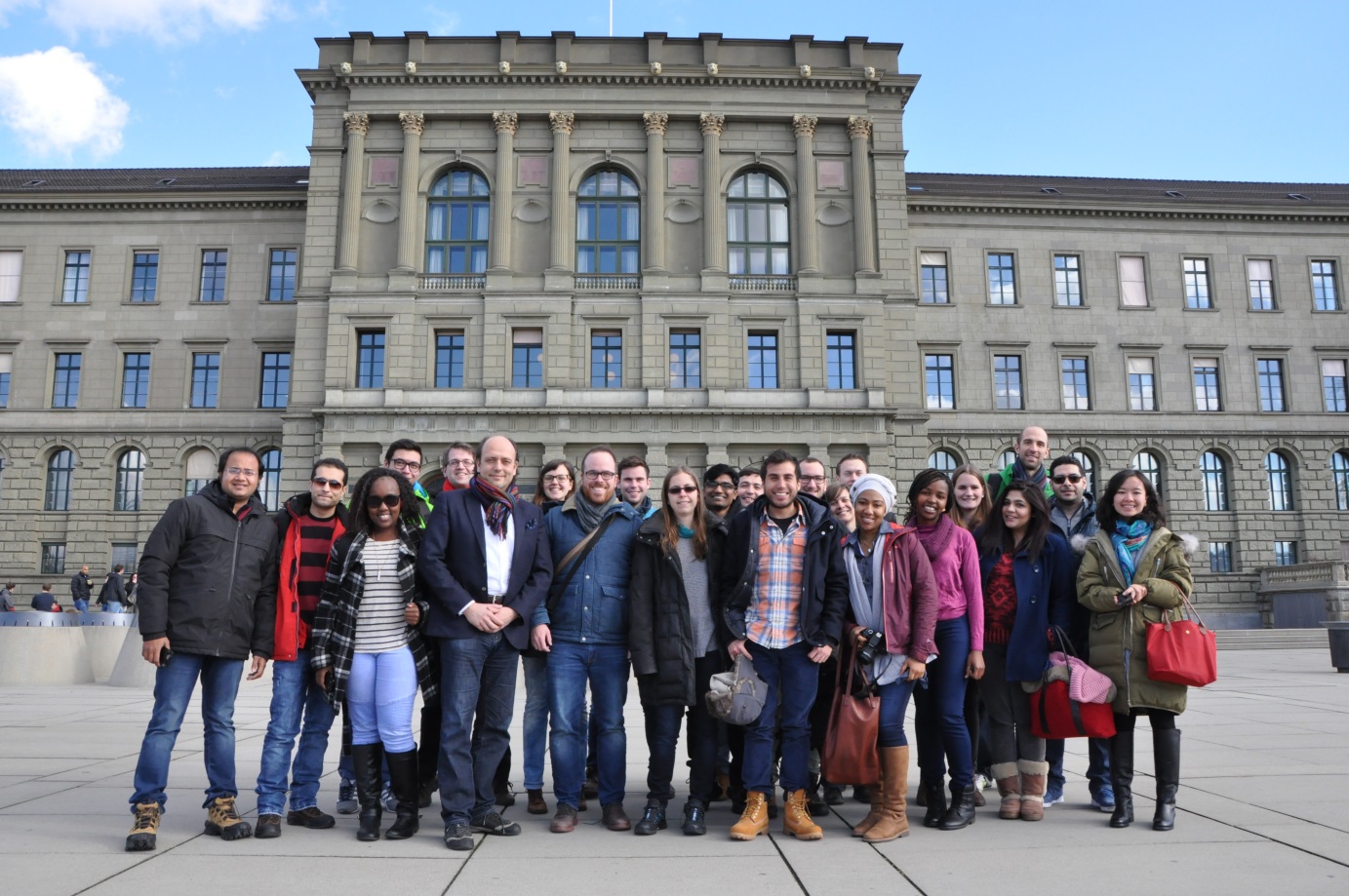 Attendees of the YES Lab Switzerland 2016

Tobias from Switzerland wants to establish agro tourism in Peru, Maryam from Iran would like to spread the idea of "Green Water Defence" and Yuhua from Singapore wants to set her knowledge of environmental economics in a wider context. These are just some of the 21 students and young professionals who are currently participating in the YES Lab Switzerland. The international and diverse group made its way to Zurich to deepen their knowledge of sustainability issues based on practical examples.

At breakfast it's about food

Scarcely had they arrived in Seewis, Zurich, before course participants were making their way to the ETH Zurich, where Michelle Grant, Director of the ETH World Food Systems Center, explained the complexity of the worldwide food system based on an impressive presentation. She showed how worldwide we are grappling with the paradox that more and more people are becoming overweight while at the same time millions are malnourished. The YES participants were able to contribute their own experiences of challenges in their native countries to the discussion for possible solutions. Commensurate with the subject-matter, this exchange of ideas continued during a joint lunch at the Mensa of the ETH Polyerasse.

Zurich energy for the world

In line with the differing interests of the course participants, one section of the group focused intensively on the subject of food at the ETH in the afternoon while the others set off for the city to see how Zurich wants to tackle the subject of energy in the long term. This included a private talk by Dorothée Dettbarn in the city model room, where, in addition to the 100 m² model, it was demonstrated how the energy strategy 2050 will be implemented in Zurich and what hurdles have to be overcome along the way. Immediately afterwards the group looked around the housing cooperative ‘Genossenschaft Kalkbreite’, which was built according to the latest guidelines of the municipal government. Pasquale Talerico, Deputy Project Leader, explained first-hand how sustainable and affordable housing can be achieved through a social concept.

The two groups were reunited at Zurich’s University of Arts (Zürcher Hochschule der Künste (ZHdK)) in the Toni complex. Here the focus was less on the contents of the university and more on the conversion of the former factory building into a training institution and its innovative approach to imparting knowledge. Professor Michael Krohn guided the YES Lab through the modern and creatively labyrinthine halls of the ZHdK and explained how architecturally an attempt has been made to create an open and stimulating atmosphere for the over 2000 students. This is actively promoted by focusing on countless job vacancies as well as collaborative and application-based work.

The day ended at myclimate, where participants were able to swap ideas with employees and partners of myclimate in a relaxed atmosphere. In the numerous conversations it became clear once again what makes the YES Labs unique, namely Tobias, Maryam, Yuhua and the other YES participants may have come together from different countries and with different goals, but the subject of sustainability as a common denominator creates a stimulating environment, in which everyone can benefit from the opinions and experiences of others and network with like-minded people.

Tried and tested in Costa Rica – premiere in Iran

Two further YES Labs are on the calendar for 2016. After the summer holidays YES will be returning to Costa Rica in collaboration with local universities and the Avina Foundation. This place will again offer ideal conditions for exploring in depth the key issues of “Food and Land Use” and “Sustainable Supply Chains”. Like last year, well-known speakers will be sharing their knowledge and their visions.

In December a premiere is on the agenda when YES visits Iran for the first time. The local hosting partner is the Amirkabir University of Technology in Teheran. Despite its wealth of fossil fuels, Iran is increasingly turning to cleantech solutions.This highly exciting field for both domestic and foreign investors and companies will form a focal point of the YES Lab.

Application for the YES Lab in Costa Rica and Iran

The YES Labs are among others powered by the Stiftung Mercator.