This carbon offset programme will revolutionize Dakar’s informal transportation system by transforming old diesel fuelled “Cars Rapides” into modern, environmentally friendly, electric “Cars Solaires” powered with electricity from photovoltaic systems. In addition, an infrastructure of solar stations will be set up where the vehicles charge or change their batteries.

The artistically painted “Cars Rapides”, which provide transportation for the urban poor, will be transformed to electric minibuses fuelled by solar energy. This will not only save a cultural symbol and tourism icon of Senegal but will also upgrade and enable the clean use of a long-proven vehicle and reduce emissions by around 300,000 t CO2 over ten years. The programme will be based on the existing and well-functioning “Cars Rapides” system and thus meet the needs of the employees and population securing approximately 30,000 jobs. The program aims to transform up to 20 per cent of Dakars public transportation to renewable energy.

There will never be any cars as robust as the “Cars Rapides” here in Senegal. We can repair all their breakdowns.

What is Carbon Finance used for?

As the programme uses new technologies and an innovative approach, the activity will need the carbon revenues to subsidize the remaining gap between the recurrent revenues and the ﬁnancial needs through result-based ﬁnancing (RBF) in order to extend the Car Solaire ﬂeet and the solar station network. The subsidies are necessary to cover the higher costs, which arise through the new technologies with renewable energies, the necessary knowledge transfer, the assurance of ownership and quality, the P&D (?) development costs as well as the coordination process with government and the stakeholders. The latter is crucial to integrate the solar infrastructure into the existing urban structures.

The “Car Rapide” is part of the history of Senegal. This project preserves the historical heritage of national entrepreneurship with its innovative approach.

In short, the carbon revenue is needed for the following programme components:

Who are the myclimate programme partners and the responsible state ministries?

The government partner of the myclimate project partner EcoCar Solaire programme is CETUD, the public transport authority under the technical responsibility of the Ministry of Infrastructure and Transport (MITTD). It has direct access to 900 Cars Rapides already enrolled in the renewal programme and to be replaced by TATA/King-Long buses in the future. The EcoCar Solaire programme is also followed by the Direction of Environment DEEC under the responsibility of the Ministry of Environment which signed the Letter of Intent. DEEC is the national Authority/Focal Point of the Green Climate Fund and UNFCCC (= Designated National Authority, DNA). A steering committee which includes different government units and state agencies has been set-up.

With this project, myclimate and Klik – Foundation for Climate Protection and Carbon Offset – want to generate eligible emission reductions in the form of internationally transferred mitigation outcomes ("ITMOs") under the Paris Agreement. Find out more about bilateral climate protection and international CO₂ markets here.

This project contributes to 8 SDGs:

The project activity is managed by a cooperative formed by the association of bus drivers.

Women will still be able to transport their market goods on the buses.

The project secures the 30,000 jobs associated with the existing buses. 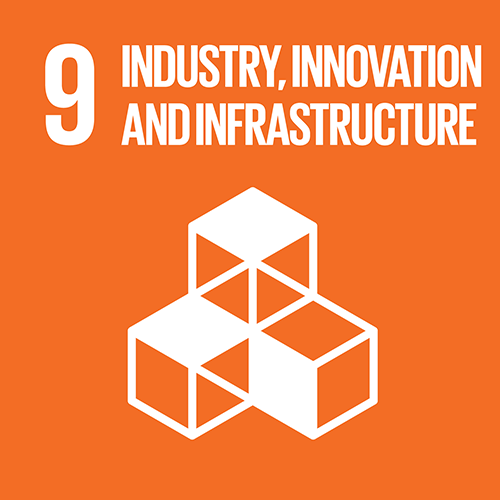 The project transforms the famous icons of the Dakar into a means of solar transport that respects the environment.

The project leads to mitigation of approximately 30,000 t CO2 per year.