In October 2015, the first spadeful of earth was turned for a cultivation facility for lettuce in Oftringen, Aargau that is unique in Switzerland. The lettuce, grown through hydroculture, is characterised by many sustainability benefits, as shown by myclimate calculations. It is not only CO₂ emissions that were analysed here, but also other environmental impacts and the use of resources. 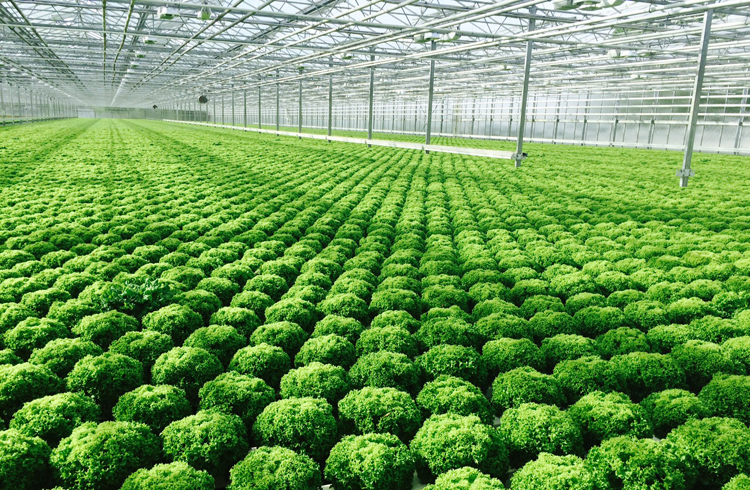 In a greenhouse in Oftringen, Aargau, it is possible to cultivate lettuce all year round by means of sustainable production. Patrick Forster, CEO of the operator Forster Gruppe AG in Pfaffnau, highlighted one of the largest advantages of this facility: “It will be possible to produce around two million lettuces over a space of one hectare in this greenhouse, whereas the same number of lettuces would require a field of around eight hectares outside”.

But from a sustainability point of view as well, there are many advantages to lettuce from hydroproduction. In order to be able to precisely quantify these aspects, myclimate was commissioned with undertaking an environmental sustainability study. This covered a large range of possible environmental impacts, from the use of water and fertiliser to energy consumption to concrete CO₂ emissions. Daniel Kammerer, Head of the Consulting and Solutions department at myclimate, summarises the results of the study: “The facility is a successful example of production that is designed to be sustainable. Production takes place over a relatively small area and in a way which saves on resources, therefore placing significantly less strain on the environment.”

In comparison to standard lettuce cultivation processes Switzerland and its neighbouring countries, the facility is extremely successful in this respect: “We need around 50 per cent less water than in a standard outdoor field and in addition we will be able to use the waste heat from the neighbouring incineration plant. We are thereby contributing to a considerable reduction in greenhouse gas emissions,” explains Patrick Forster. Consumption of fertiliser is also reduced, thanks to much more precise dosing.

“It’s a small milestone that we have been able to prove our expertise, which goes beyond mere CO₂ management, by means of this sophisticated and as yet unique study,” says Daniel Kammerer, pinning down the significance of the study for myclimate.

It’s a thumbs up in terms of economic sustainability as well. The Migros cooperatives Aare and Zurich have already been secured as sales partners for the lettuce. The first lettuces were sown in the finished greenhouse in around mid-February 2016. They are available in the product ranges of the two Migros cooperatives from early summer 2016.