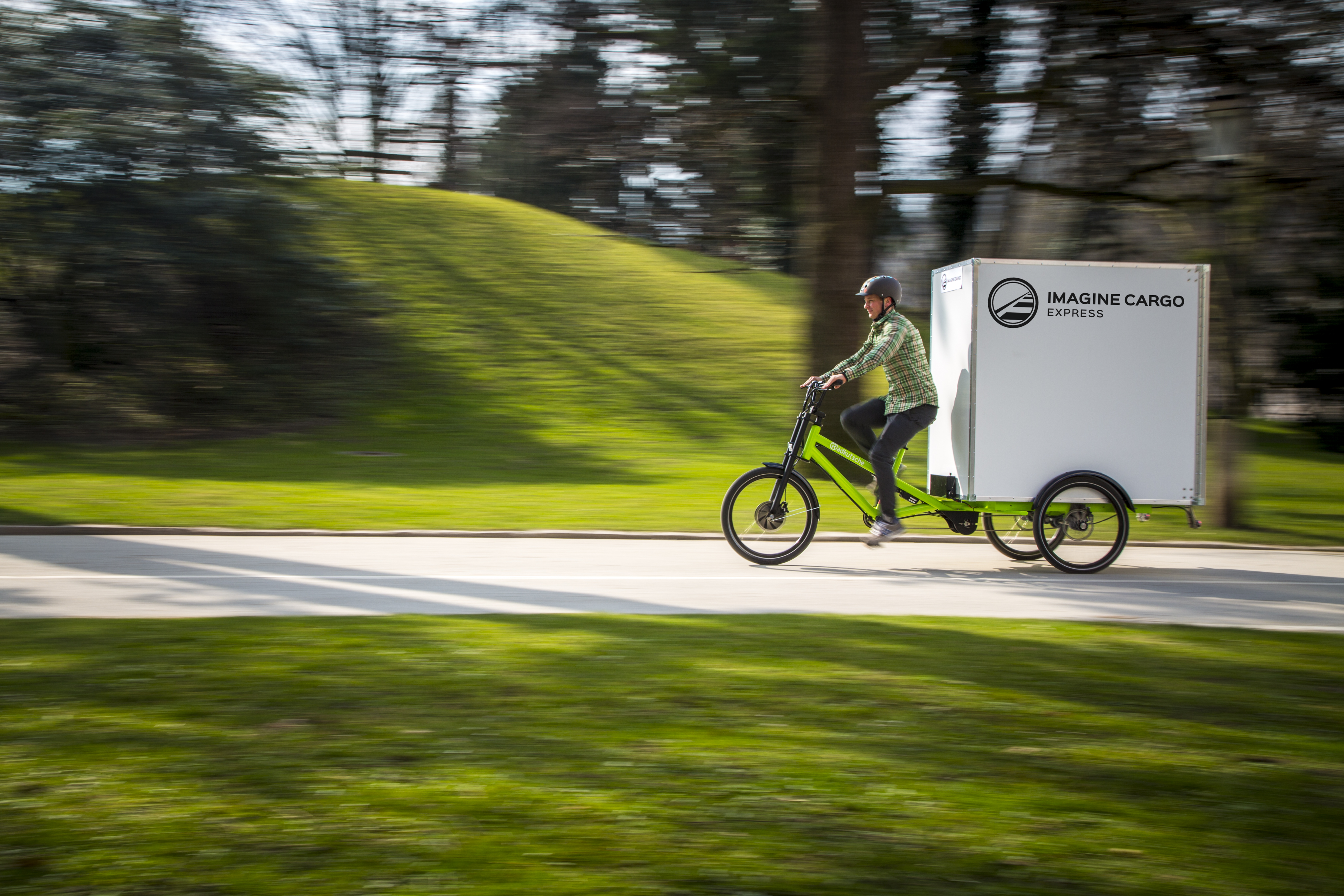 ImagineCargo has been recognised as one of Europe’s most innovative companies, capable of making a national and global impact toward creating a more sustainable environment. The start up recently launched its first route in Austria, offering customers same-day and next-day package delivery between Graz and Vienna. Two more Austrian cities are planned to go live in the next month with expansion beyond Austria scheduled for summer.

Before hitting the market the team around Nick Blake (known by some in the community as Dr. Kargo) did extensive research on their environmental impact as part of the Innovate4Climate programme. Throughconsulting and solutions experts who provided support to Innovate4Climate during project stage reviews. As a result of suggestions at one of the stage reviews ImagineCargo worked on the to development of an accredited CO₂ savings label to show package senders and recipients the environmental benefit of their decision to use ImagineCargo.

This proved to be much more complex work than both ImagineCargo and myclimate originally anticipated due to a lack of base CO₂ data for certain elements of the transport mix, and no existing methodology to model the environmental impact of the real operating methods used in package transportation. ImagineCargo, contributing a calculation model and insight into package transportation operations, and myclimate with its expertise in producing practical CO₂ calculations for businesses shared their knowledge during an in-depth two month project. The close co-operation resulted in a detailed model for assessing the change in impact associated with ImagineCargo’s bike/train/bike operating model. And the change is huge: in some cases more than 99% savings in CO₂ emissions compared with other operators.

„A practical to implement and independently approved CO₂ savings methodology is a key differentiator for ImagineCargo, allowing us to clearly distinguish ourselves from competitors,“ says Nick Blake. He adds: „We’re proud to be a myclimate partner and really happy to be working closely together again, this time investigating the potential a for a new urban transportation project that could deliver significant impact in Swiss cities. We believe there's a huge opportunity for cycle logistics companies to revolutionise the freight transport sector while generating positive climate protection impact!“