The third and final part of the report by the Intergovernmental Panel on Climate Change focuses on the measures required to achieve the reduction target of 1.5 degrees. Despite stressing the ambitiousness of the reduction target, the report remains cautiously optimistic, since important technologies are now available and affordable and can even be profitable if they serve to avert climate change. 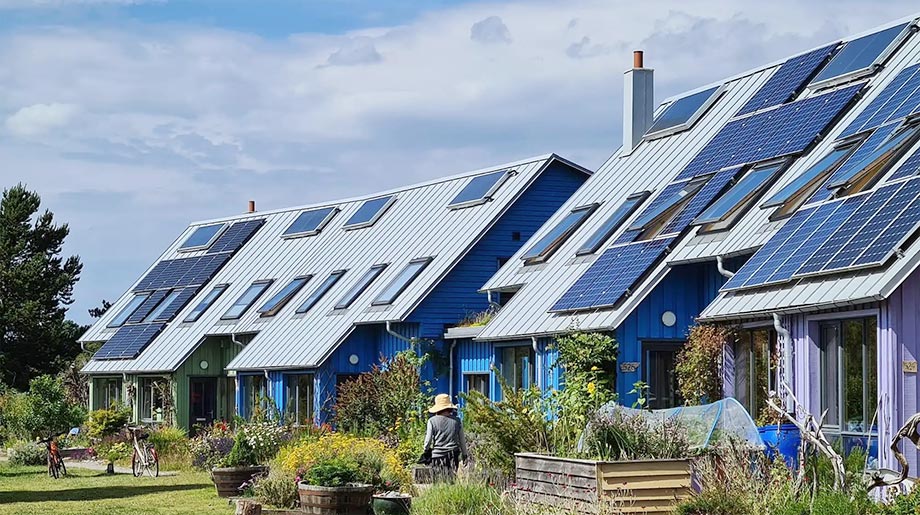 Switching to renewables: today, not tomorrow; this month, not the next. Picture: Matt Bridgestock, Director and Architect at John Gilbert Architects

The second part of the IPCC’s climate report published in February emphatically highlighted the devastating effects of climate change on humans, ecosystems and biodiversity. The third and latest part now tackles the question of what measures can be taken to mitigate climate change.

The report states clearly: Even if the national targets (Nationally Determined Contributions, or NDCs) agreed at the climate conference in Glasgow are met, global warming of over 1.5 degrees cannot be averted. If these targets are not met, then the earth could heat up by as much as 3.2 degrees by the end of the century. In order to get climate change under control, global greenhouse gas emissions will have to peak by the middle of this decade so that global net zero can be achieved by 2050. In short, the bad news of the report is that greenhouse gas emissions continue to rise worldwide. The good news: is that the 1.5°C target is nevertheless still achievable. Most pathways to reduction require a shift away from fossil fuels and the removal of CO2 from the atmosphere (carbon dioxide removal, CDR).

Welcome sharp fall in the cost of renewable energies

The shift away from fossil fuels such as coal is crucial, according to the report. The corresponding technologies, such as photovoltaics and wind power, are now able to compete with fossil fuels. Over the last decade, the cost of solar systems has fallen by 85 per cent, that of wind power plants by 55 per cent, and that of lithium batteries for electric vehicles by 58 per cent. In some cases, renewables are actually cheaper than fossil energy sources.

To bring about this transition, however, we need three to six times more investment in climate protection between 2020 and 2030, because right now, large financial investments are still being made in projects with fossil fuels.

The potential of CO2 removal technologies to meet the 1.5°C target is estimated at 30 to 780 billion tonnes. Two large-scale technologies were considered here: firstly, direct carbon capture from the air with subsequent injection (DACCS), and secondly bio-energy with carbon storage (BECCS). Alongside these, there are also biological approaches to carbon sequestration: reforestation, renaturation of moors, plant charcoal or humus-rich farmland. The federal government has catalogued the current methods. These different processes for carbon dioxide removal (CDR) are also referred to as negative emissions.

A change in behaviour could make a big difference

If all our lifestyles were more climate friendly, says the report, we would be able to reduce carbon emissions by 40 to 70 per cent by 2050, for example by using cars less frequently, eating a lot less meat, consuming less, etc.

In conclusion, the scientists state clearly that climate catastrophe can still be averted, but efforts need to be ramped up. Now is the time to act, because the technological, economic and political circumstances are favourable.