Class 7b from Herzogenbuchsee set themselves the goal of giving up products containing oil for a week. Whether on an autumn hike or in daily lessons, the new energy and climate pioneers deal with the challenge with great enthusiasm and creativity. 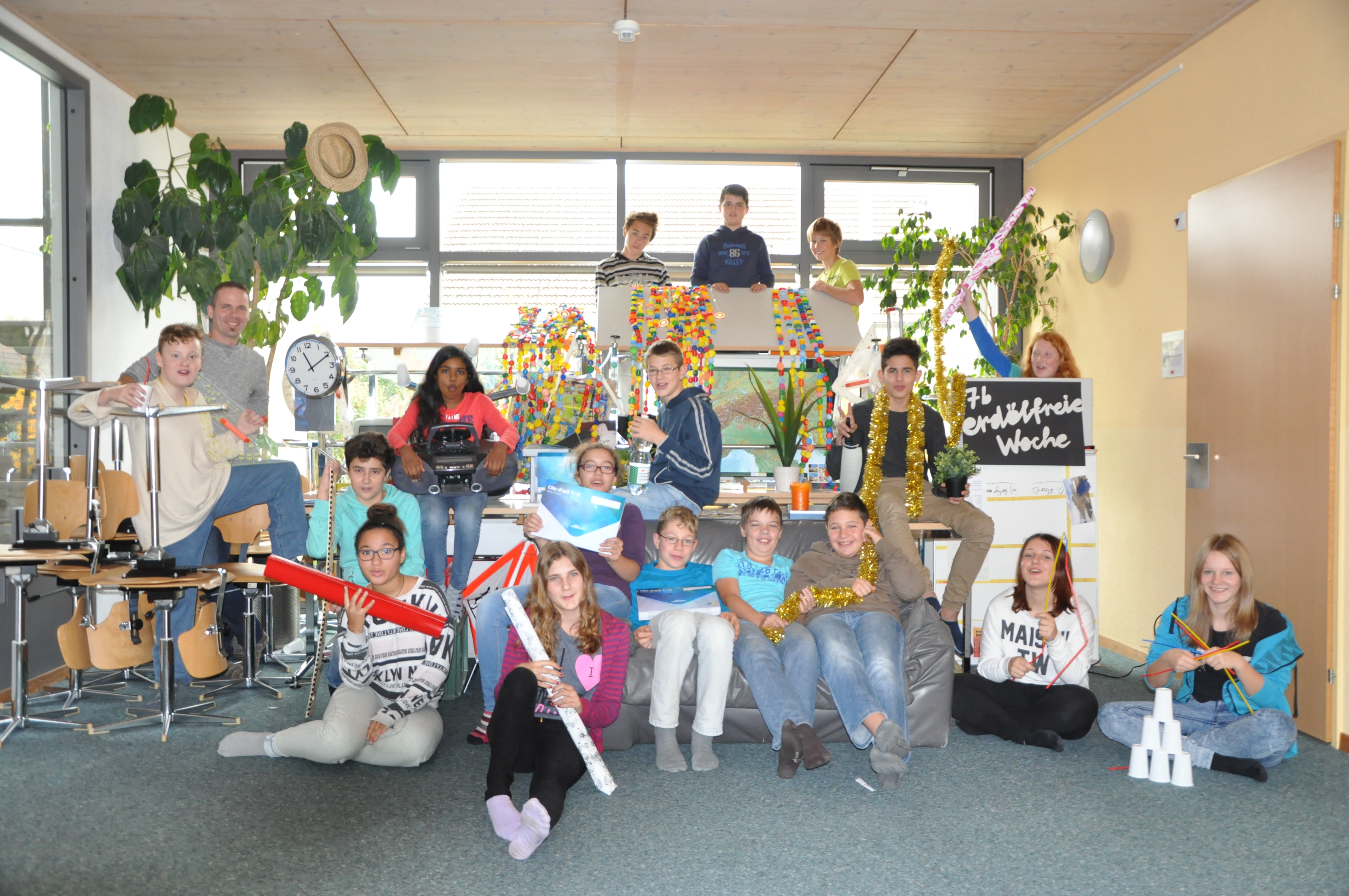 "I will give you an oil-free pencil for a bonus point!"This is how one cunning student from Herzogenbuchsee tried to improve his result for oil week. Class 7b set themselves the goal of coping for a whole week without using any products containing oil. Those who found particularly creative and useful solutions were rewarded with bonus points. Anyone who used a "forbidden" product by mistake received minus points. Bargaining was expressly permitted. The person with the most points was rewarded at the end of the week.

In order to implement teacher Stefan Gerber's idea, specific preparation was required. With the help of myclimate education experts, in the course of the energy and climate pioneer programme, the class considered the multitude of products that contain oil. Packaging on items we purchase, plastic on shoes and clothing, painted desks and chairs: The class were amazed by what was included, along with the obvious heating and petrol. Consequently, they decided to remove all oil-containing items from the classroom and put them together as a "forbidden city" (see picture) in the entrance hall of the school.

The children were asked to find creative solutions so that they could still have lessons. The class organised untreated tables and pencils, drink crates for seating and red cabbage as the basis for home-made ink. The children themselves decided to look at their clothing and find oil-free solutions, especially for their coats.

It can be done! (with some exceptions…)

Oil-free week officially started on 26 October. Occasionally someone forgot to avoid wearing a hair slide or having a packaged snack, but the pupils dealt with the challenge brilliantly. The knowledge that it is difficult to completely avoid oil these days was also valuable. Getting to school and particularly going on the annual autumn hike without waterproof footwear, medicines and plasters, for example: many oil products are currently almost unavoidable.

The big energy and climate festival is here!

With a few exceptions, the children were very enthusiastic and benefitted from an unforgettable learning experience. In carrying out their project the pupils from Herzogenbuchsee became energy and climate pioneers. As a reward they were invited to the annual climate festival. On 17 November, along with another 80 Swiss school classes, they will meet their big role model and project sponsor Bertrand Piccard. The solar flight pioneer won’t miss the opportunity to personally acknowledge the efforts of the class from Herzogenbuchsee.

"Energy and Climate Pioneers" is a Swisscom initiative run in partnership with myclimate, Solar Impulse and, since 2014, EnergieSchweiz.