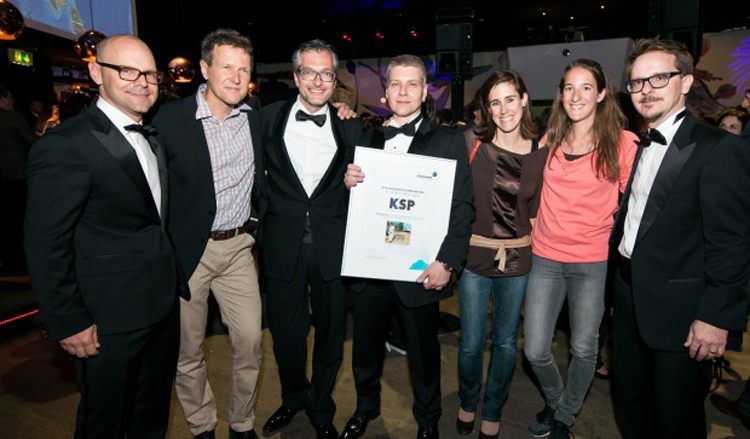 400 guests gathered in Zurich Club Plaza to celebrate the anniversary of the advertising agency Schlupp und Partner (KSP). myclimate took the opportunity to thank the agency for the great cooperation. To this end, myclimate managing director René Estermann handed a special gift: myclimate builds 30 KSP branded small biogas plants in India. These reduce over the next ten years all agency and business related CO₂ emissions from KSP.

Krieg Schlupp and Partner stands for advertising connected to sustainability. Their vision is no less than to change the world with ideas. In just ten years the KSP team has managed to take well-known brands such as VW, Coop or UBS in their portfolio. myclimate partners with KSP since 2010. KSP has brought the myclimate annual reports to a next creative level as well as created some campaign highlights. Captain Climate and El Rey Loco2, the protagonists of the myclimate anniversary campaign, are KSP products. Currently KSP "climate changes" Switzerland, including new interpretations of well-known children's songs.

The installation of domestic biodigesters provides a clean, sustainable energy source throughout India. The biogas generated from cow dung will replace fuels that are currently used for domestic energy needs such as fire wood, kerosene and liquefied petroleum gas. The first project that will be implemented under the programme will take place in Gulbarga, Yadgir and Bidar District in Karnataka State and encompasses to install biodigesters in 8,180 households. 30 of them are now KSP branded.