The Secretariat of the UN Framework Convention on Climate Change (UNFCCC) announced the winners of the Momentum for Change Awards in early November. A total of sixteen activities and projects are named “Game Changing Climate Lighthouse Activities”. Among these are two projects for which myclimate provided significant support. 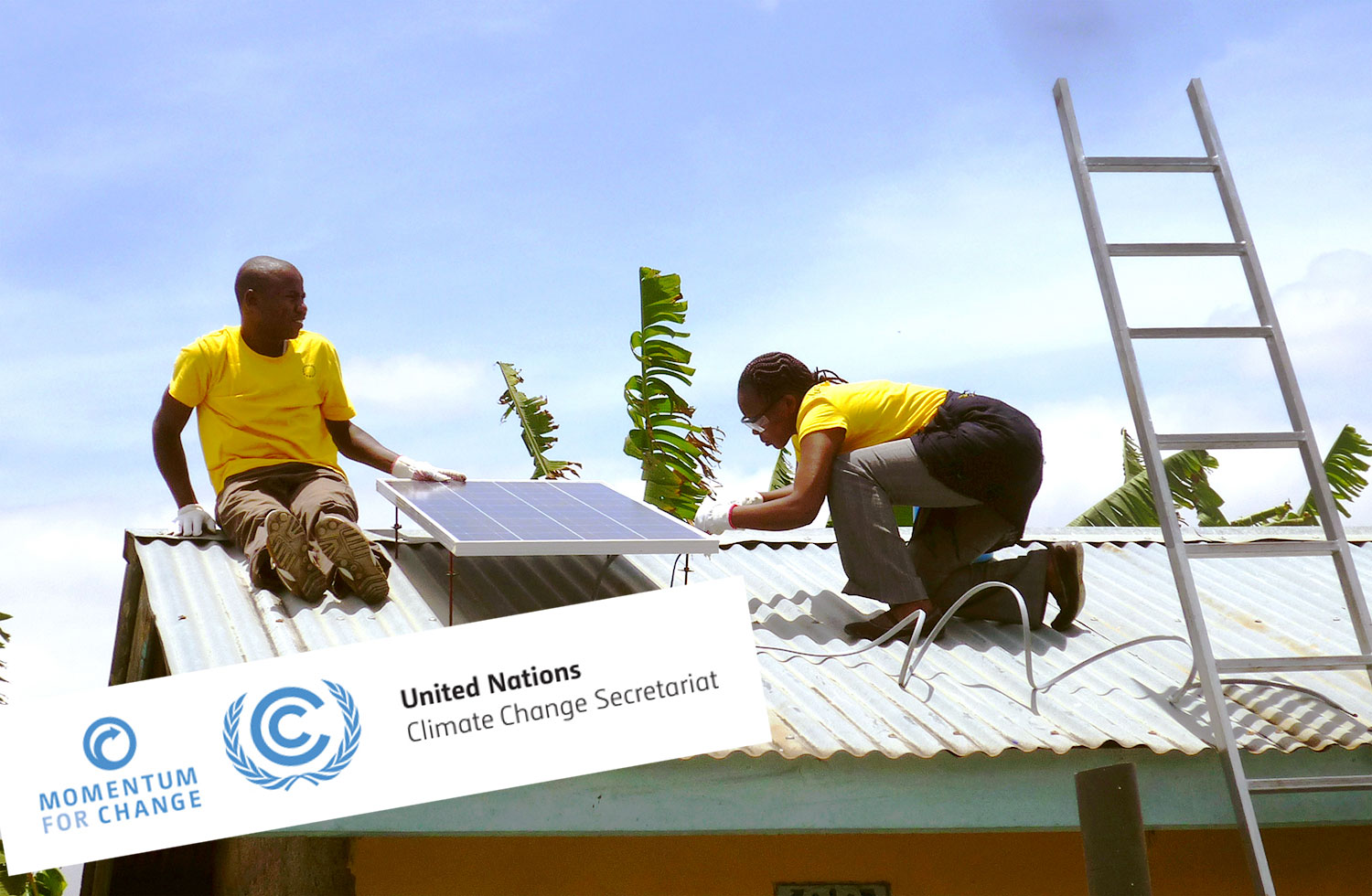 In a festive evening event during the second week of the COP21, the projects were recognised by UNO General Secretary Ban Ki-moon as well as the Swiss pioneer and Solar Impulse founder Bertrand Piccard. Both myclimate “Game Changing Climate Activities” deal with climate protection projects in East Africa.

Another award went to Solvatten technology. This is a central component of the myclimate climate protection program for “Clean Drinking Water for School and Households” in Uganda. The technology replaces drinking water purification that uses fossil fuels. It both reduces the CO₂ emissions and positively influences the living conditions and health of thousands of people.

myclimate Managing Director René Estermann was present when Ban Ki-moon and Bertrand Piccard give the award. “Receiving two awards at once here in Paris for our wonderful projects is a great honour for myclimate and a strong incentive for our cooperative activities with our project partners! Both projects show concrete local potential for a cleaner future and can be multiplied on a large scale.”