myclimate advocates a clear YES! to the new Swiss CO2 Act. CEO Stephen Neff explains from his personal perspective why it is possible to advocate for the Act with confidence and optimism. 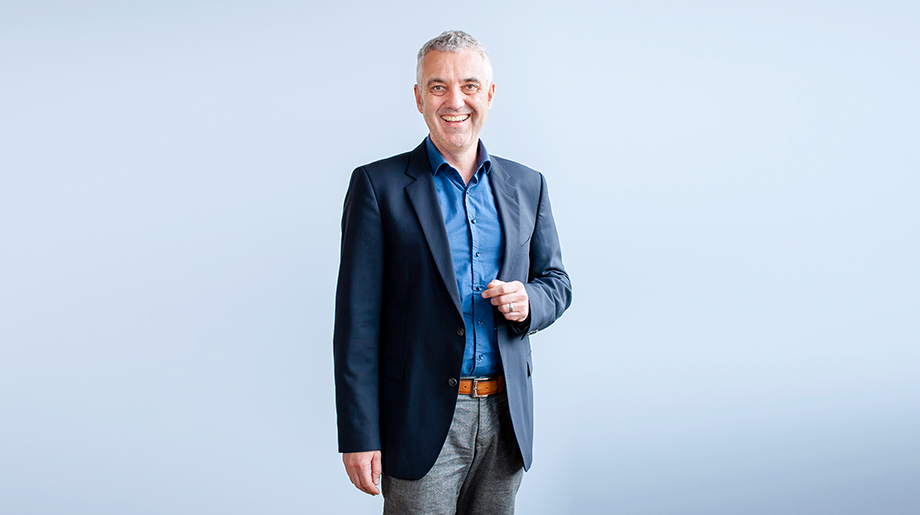 It certainly comes as no surprise that myclimate and I as CEO are speaking out in favor of the CO2 Act. Of course, the Act is not perfect. However it is a solid first step towards a climate-friendly economy and society. Above all, it represents a Swiss-style democratic response to the greatest challenge of our time.

That's how we do it here!

The new CO2 Act is an example of the political will and the ability to act within our democracy in Switzerland. This Act has gone through all the steps in the political process. Such a path is arduous and time-consuming. However, it ensures that as many voices as possible are heard and that as many actors as possible are reflected in the Act. The CO2 Act does not represent a maximum demand, but a compromise that is balanced and certainly not ineffective.

The project still has to overcome one hurdle: Various interest groups have launched a referendum against the CO2 Act. This is also a natural process in our political system. Despite the resulting delay in implementation, I expressly welcome this referendum. I see this as an opportunity. A clear Yes to the CO2 Act would send a strong message: The Swiss want a legally anchored climate policy, and they are open to an ambitious implementation!

The new CO2 Act proves our ability to act. With a clear result in the referendum, the Act finally has the strongest democratic legitimacy.

Not a question of “right and left” or “up and down”

Associations such as EconomieSuisse, swisscleantech, SwissMem or the Swiss Building Federation have already spoken out in favor of the Act, as have almost all political parties. A broad phalanx of Swiss business leaders - https://co2-gesetz-jetzt.ch/ - has formed in favor of the CO2 Act, as has the Climate Alliance Switzerland and its representatives.

We are not dealing with a question of the political camp or with a dispute between "bourgeois" and "left" or between "the economy" and "the people". The new CO2 Act translates into concrete policy the broad-based and self-confident desire that Switzerland should contribute with its - not so small - means to a successful fight against climate change. The CO2 Act makes Switzerland fit for the future.

The new CO2 Act is a project that overcomes boundaries between political parties, the economy and society to build a desirable future.

The law does not generate costs, it demands and promotes investment. With all measures, we invest in concrete, future-oriented solutions. The alternative to this would be simple (and very, very expensive): short-term and by no means secure profit maximization would inevitably be followed by a constant, painful reaction to the effects of global warming, i.e. rising environmental and social costs and no added value. For Switzerland as a country of SMEs and as a center of research, timely investment makes absolute sense. Measures anchored in the Act and long term climate-friendly solutions open up great economic opportunities in the domestic and global market.

At the level of private households, the new CO2 Act is designed to be socially acceptable. No new taxes will be levied. Instead, the tried and tested instrument of the incentive tax will be used, for example on airline tickets. Concrete targets for fuel consumption in private vehicles or the deliberate promotion of climate-friendly heating systems with their lower operating costs will also reduce costs in the long term and sustainable manner.

The new CO2 Act promotes investments that will pay off for nature, the economy and private individuals.

A question of foresight, responsibility and common sense

For Switzerland as a business location, for large companies as well as for the many SMEs, the CO2 Act offers the prerequisite for future success. The CO2 Act gives a clear direction to the wealth of ideas, the power of innovation and the entrepreneurial spirit in the country.

Nevertheless, it also means impetus to live up to our responsibility, especially for us actors in the business world. When assessing our own actions, we do not refer to financial figures alone. An intact environment, the creation of secure jobs and a commitment to a better future, these "KPIs" are equally decisive for entrepreneurial satisfaction. A YES to the Act is an economically sensible decision, a commitment to one’s own responsibility and an investment in one’s own legacy at the same time.

The Swiss contribution to the global solution

The global framework is set. For the period after 2020, the conditions of the Paris Climate Agreement, which Switzerland ratified in 2017, apply. Our country has made an international commitment to reduce its own greenhouse gas emissions by at least 50 percent by 2030 compared to 1990. The new Act has nothing less than the function of ensuring that we all meet this commitment.

Switzerland is regarded as a guarantor of stability and credibility on the international stage. A legally anchored Swiss climate policy strengthens this position. A standstill, on the other hand, would weaken our position and our international reputation in international politics as well as in the global economy. A standstill would also fundamentally contradict the Swiss tradition of promoting humanistic values worldwide.

The new CO2 Act strengthens Switzerland's position as a partner in international politics and as a player in the global economy.

An (almost) perfect piece  in the mosaic

For me as a nature lover, father and entrepreneur, it is clear from all these arguments that I am vehemently in favour of the CO2 Act. I do not close my eyes to the loopholes that this law still leaves behind. We will lead the discussion on a more climate-friendly agriculture, on more efficient, cleaner individual mobility and transport, and on a sustainable energy supply. With myclimate, we want to offer our own proposals for solutions.

The new CO2 Act is not a panacea and not the answer to all questions. But it is perhaps just the right piece in the mosaic that we need now to contribute our typical Swiss strengths to international climate protection. Only on the basis of this law can we tackle further necessary steps.
The more clearly we all speak out in favor of the law, the easier it will be to discuss, adopt and implement further sustainable measures.