Pupils from Buchs SG introduce their Energy and Climate Pioneer project to the general public: They can display their posters with energy and climate tips on 50 public busses in the Rheintal region. 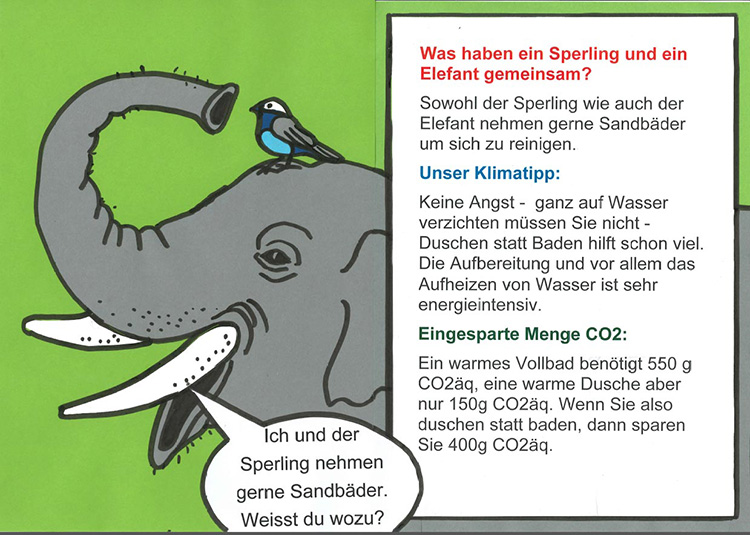 Shower instead of bath: Pupils from Buchs hang up their posters with climate tips in public busses.

It is a great day for the Energy and Climate Pioneers from Buchs SG: Two classes from the Grof upper school are allow to hang up their home-made posters on busses for public transportation. On the posters one can see tips for a better climate or how to save energy. After today's private view in a hybrid bus, the posters will be shown in all busses of the RTB Rheintal Bus and the BUS Sarganserland Werdenberg for a period of at least one month.

The implementation of this project turn the seventh-grade students taught by Michael Nicola in energy and climate pioneers – and they are no alone: Under the initiative Energy and Climate Pioneers, there have been realized more than 500 local climate and energy projects since 2010. myclimate, EnergieSchweiz and Solar Impulse are partners in this initiative launched by the Swisscom.

The pupils from the Rheintal region are Energy and Climate Pioneers in two ways. Besides the designs of the posters they played as extras in the newest film about Energy and Climate Pioneers. During the 3-minute video EnergieSchweiz is presented as a new project partner. The film celebrated its premiere at the next energy and climate party, which is held at the 25st of November in Bern.