myclimate is adopting a new organisational structure in response to strong growth in Switzerland and Germany and the new Austria business unit that was set up in January. The different departments were recently restructured along regional lines. Stephen Neff remains CEO of myclimate. 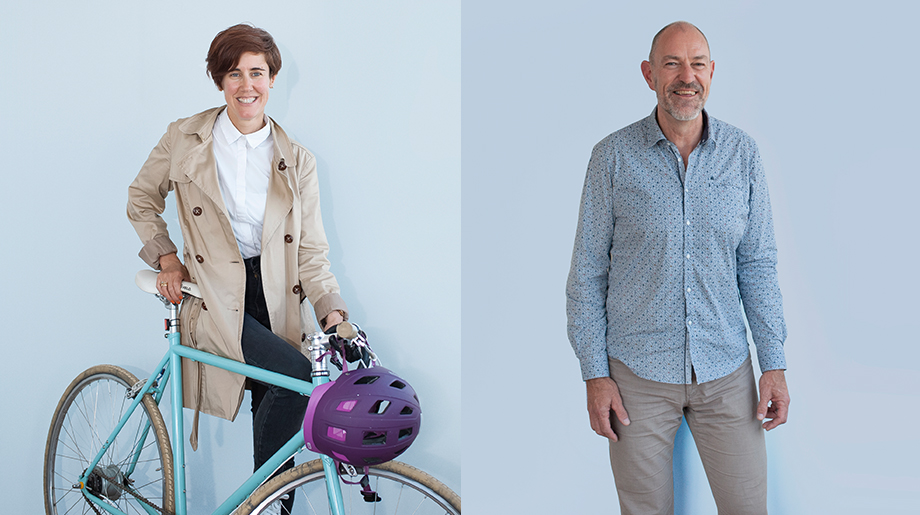 Originally established by students from ETH Zurich, the myclimate foundation has grown over the last 20 years and now employs 150 people. It is adopting a new structure so that it can continue to deliver effective climate protection solutions. The reorganisation involves subdividing myclimate into Switzerland, Germany and Austria business units. The three country units sit under CEO Stephen Neff alongside the transnational divisions: Climate Protection Projects, Innovation and Digitalisation, and Administration. This new structure will boost efficiency by creating synergies within the organisation.

Kathrin Dellantonio has been with myclimate practically since its foundation. She took over the role of Managing Director Switzerland from CEO Stephen Neff, who had previously held both roles, at the start of September. She came across the organisation at a sports event in 2004, becoming a myclimate volunteer for *two years before being hired in 2006. Since then myclimate has evolved from a carbon offset provider to a supplier of comprehensive climate protection services, establishing itself as a key player for corporate climate strategies. The previous Swiss divisions of Education, Consulting and Solutions, and Corporate Partnerships are now part of the Switzerland business unit. ‘I’m thrilled to have this opportunity to take on an even bigger role in myclimate’s development in such exciting and fast-moving times, and help business and society on their transition to net zero,’ says Kathrin, who hails from South Tyrol.

At the same time, Beat Nussbaumer has been promoted to become a member of the Management Committee. As Head of Organisation and Processes, he has played a key role in myclimate’s evolution over the last two years. He is taking inspiration for his new role as Head of Innovation and Digitalisation from a Mahatma Gandhi quote: ‘“The future depends on what we do in the present.” I’m very proud of the team that I now have the opportunity to lead as a member of the Management Committee, and I look forward to this new challenge.’