Migros is planning the construction of a 20 hectare greenhouse, equipped with district heating, in the Valais municipality of Collombey-Muraz. In future, vegetables that were previously imported are to be largely produced in a CO₂-neutral way in Switzerland. A previously conducted myclimate study shows how useful this kind of production is from a climate perspective. 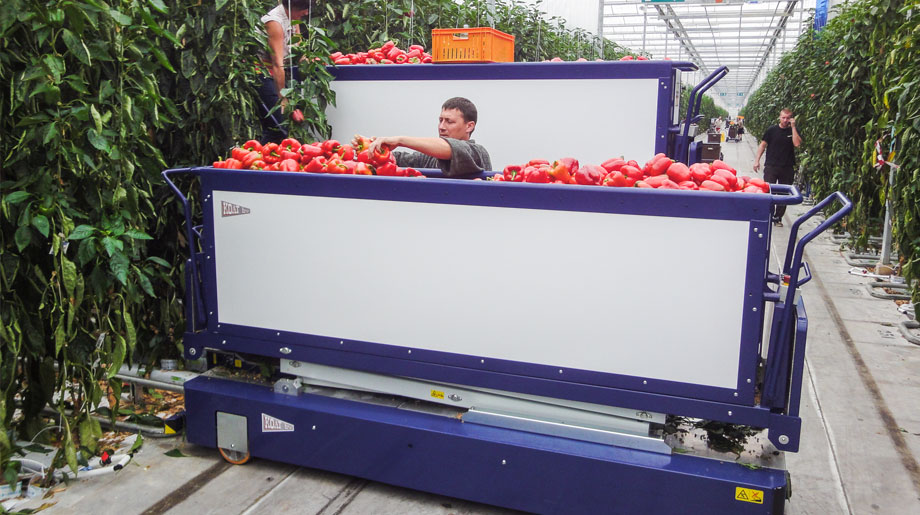 In order to quantify the impacts of this ecologically exemplary project, a life cycle assessment was conducted by the myclimate foundation. This study shows that the overall environmental impact of the pepper production facility in Collombey-Muraz is around six times lower than for an equivalent production facility in the Netherlands, heated with natural gas. The biggest difference results from the use of renewable energy for the heating, which is responsible for 77% of the total CO₂ emissions at the Dutch production facility. With the 20 hectare cultivation area, 18,811 tons of CO₂ emissions can be avoided annually. As well as the CO₂ emissions, additional indicators such as water shortages, soil acidification, eutrophication (excessive fertilisation) and land use were considered. All these indicators put the Swiss pepper production facility in Lower Valais at a clear advantage.

The peppers ripen perfectly under the sun of Collombey-Muraz

Of the locations investigated, the Valais Chablais offers the best conditions in terms of climate, duration of sunshine, availability of land, infrastructure and proximity to a district heating network. The supply of heat for the greenhouses will be provided exclusively by the district heating network of the SATOM SA waste incineration plant in Monthey. At the same time, 120 new jobs are to be created in Lower Valais, with staff being recruited within the region as far as possible.

Since the start of 2018, Migros has been declaring, reducing and offsetting all the greenhouse gas emissions resulting from the air transportation of its goods. The offsetting takes place in climate protection projects, developed in-house, which myclimate implements in Migros's supply chain, both in Switzerland and internationally. A climate protection programme encourages Migros's fruit and vegetable suppliers to change from fossil fuel heating to renewables for greenhouses.

Greenhouse without the greenhouse effect

The current myclimate campaign also tackles the subject of climate friendly vegetable production. One of the three subjects of the campaign shows a climate friendly alternative to growing lettuce in Switzerland. This ultra-modern and efficient greenhouse was put into operation in 2016 in Oftringen, Aargau, thanks in part to a myclimate calculation.