“The future is coming anyway. What it will look like is up to us.” In November 2016, myclimate launched a new campaign with this core statement. At the end of the summer holidays, new impetus will be given to this motto in the form of a comic strip. Together with partner agency Maxomedia from Bern, two TV ads were created, and their Swiss TV première was on 18 August. 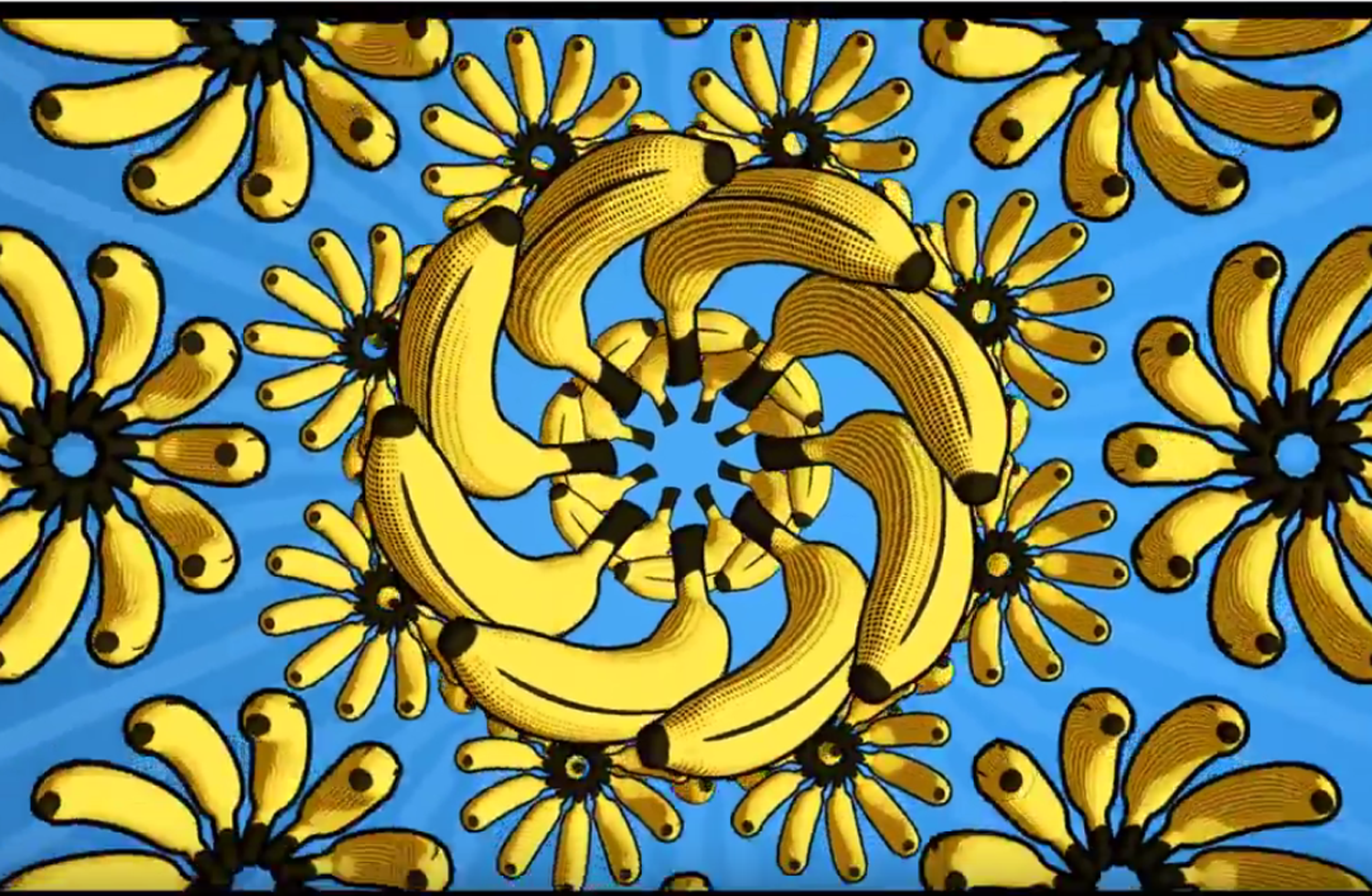 The two new TV ads are 15 seconds long and carry over the well-known “Bananas from Finland” tagline and a new offer of “Bathing Holidays in Alaska” to domestic screens. For this transfer, myclimate and Maxomedia opted for a motion design. Yellow bananas fly over a blue background and shift into constantly alternating formations. The animations are accompanied by a voiceover, who promotes the fruits only to emphasise their Finnish origins at the end. The second ad follows the same logic: objects associated unmistakably with summer holidays – such as beach balls or deck chairs – dance on-screen and are accompanied by the voiceover, until a surprising conclusion takes place once again.

The image profile is deliberately in the style of early comics, says Reto Schild, Creative Director at Maxomedia: “The taglines and colours are reminiscent of the 1960s. The technological leaps made in nuclear power and motorised travel were so great that people were almost euphoric. They believed in a future where everything was possible and were blinded to negative effects such as nuclear waste and CO₂ pollution. We wanted to link to that positive attitude to life, but also to that short-sighted attitude – so that we can do better today.”

The ads premièred on 18 August and can be viewed selectively in the RTL Group Switzerland (RTL, Vox, n-tv and RTL Nitro) advertising slots until the first week of September. myclimate is also planning digital distribution and targeted use on large screens. “It is the first time in the history of our Foundation that, thanks to generous support, we have been able to place our own myclimate ads,” stresses the CEO of myclimate René Estermann, going on to announce further development of the campaign. “There are countless examples of how sustainable solutions are already being worked on for a truly ‘Awesome Future’. We will gradually place these front and centre in our communication activities.”

The CO₂ emissions caused by the production process were calculated by myclimate and offset in climate protection projects run by myclimate. The films will be celebrating another première as the first ever climate-neutral adverts produced by myclimate.

The future is the guiding theme of myclimate’s communication activities. Previous taglines such as the commanding, eye-catching “Awesome Future” suggest seemingly positive developments. Environmental themes such as Christmas bathing in Switzerland and consumer stories with bananas from Finland are shown. Technical innovations, which make it possible to experience extinct animals such as polar bears on the Smartphone, are also included. When looking closely, there are the many question marks that raise the question of whether this is really an “awesome vision of the future”. “Our goal was to attract attention and trigger a thought process. We have received much encouragement for Awesome Future. People know that with our work, we are seeking to create a life worth living,” says René Estermann.