myclimate has succeeded in greatly increasing its presence in French-speaking Switzerland over recent years. This is in no small way thanks to our successful collaboration with ecoLive, our partner in Western Switzerland. This intensive representation in the economically strong region of Western Switzerland is creating exciting new climate protection opportunities and partnerships. Language barriers are also gradually being broken down. Starting next month, the myclimate newsletter will also be published in French. Olivier Brüggimann, CEO of ecoLive, introduces the organisation and what it offers. 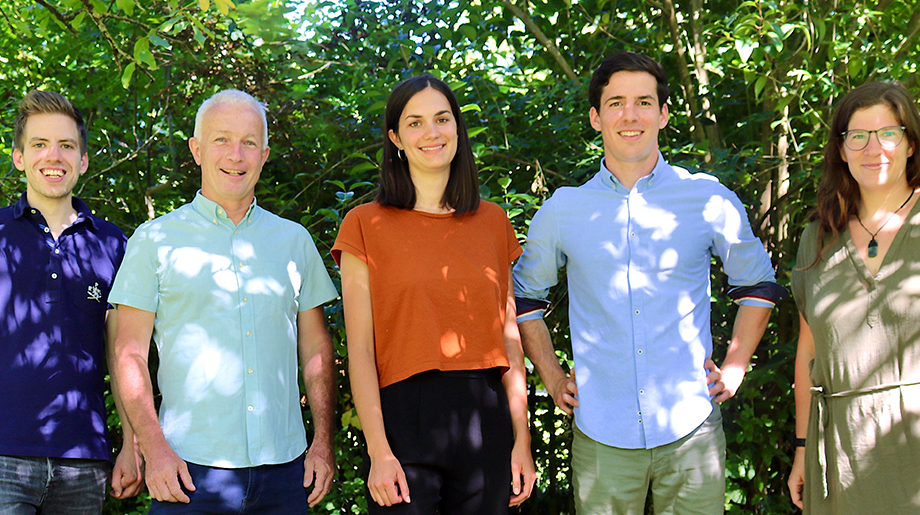 How to get the myclimate newsletter in French:

«ecoLive management environnemental», based in Bellevue near Geneva, is an SME, founded in January 2006. From that day forward, the organisation dedicated itself to promoting responsible behaviour towards the environment, the climate and natural resources. ecoLive was quickly able to establish a firm footing in Western Switzerland and is now among the largest providers in French-speaking Switzerland in the sustainability and climate protection field.

What has been happening at ecoLive since its creation in 2006? What are its key achievements?

With ten years’ experience as an environmental officer for a Swiss-based multinational bank, I wanted to broaden my activity base by working in different sectors. That’s what prompted me to found ecoLive in 2006. The aim was to support organisations, both from the private and public sector, in setting up and consolidating their environmental protection measures. That desire still exists today and is shared by the entire team, which is constantly expanding.

Back in 2007, myclimate approached our office with regard to a presence in French-speaking Switzerland. Other collaborations, such as the one with the Swiss sustainable hotel brand ibex fairstay, and other large-scale projects with authorities and companies have enabled ecoLive to gain a central position and recognition for integrating environmental protection into workplaces.

ecoLive is currently collaborating with many companies from a very wide range of sectors. ecoLive’s considerable experience offers us an excellent understanding of the needs of each organisation and the opportunities pertaining to environmental management in 2020 so as to be ready to face future challenges.

How did the collaboration with myclimate come into being, and how does it work?

In the first instance, myclimate asked us to realise some activities with apprentices in vocational schools in French-speaking Switzerland, as part of the Energy and Climate Workshop, a really exciting programme that still exists today. This was followed by a climate education programme involving all the region’s schools. We are seeing excellent collaboration with the state-education authorities in the French-speaking cantons and with teachers at all levels of schooling. To date, more than 650 classes have taken part in these projects in French-speaking Switzerland, which will soon amount to 12,000 pupils.

After that, using myclimate’s instruments, we started carrying out greenhouse gas assessments for companies such as Infomaniak, Audemars Piguet, various local printers and companies in other sectors. We are also responsible for selling CO2 emissions certificates in support of myclimate’s climate protection projects.

So that’s how a truly wonderful partnership was established. We really appreciate myclimate’s mindset. The almost daily exchanges between the two teams demonstrate the degree of attachment and complementarity that has grown over more than 13 years, and which has been strengthened considerably since Stephen Neff took the helm at the foundation.

What are the current success stories of myclimate and ecoLive in Switzerland?

myclimate has succeeded in creating innovative and effective approaches for climate protection, with all the expertise and rigour that it is well known for. Its abilities need no further proof, and with the support of ecoLive, myclimate can be promoted and disseminated across French-speaking Switzerland as well, whilst adding the cultural aspects specific to the French-speaking region. myclimate constitutes the benchmark for climate protection in several sectors, such as energy, tourism, hotels and printing to name but a few. Proximity to clients and an understanding of the local context are indeed key advantages. Moreover, in certain cases, French-speaking customers, such as SIG in Geneva in terms of offsetting natural gas, have been pioneers in Switzerland. Today myclimate is a key player in climate protection, both in Switzerland and at an international level, and we are extremely proud of working so closely with so many of the managers and employees of the foundation.

Do you recognise any cultural differences between Western Switzerland’s approach to climate protection and that of German-speaking Switzerland?

On several occasions, the mechanism for offsetting has been called into question in French-speaking Switzerland due to articles or programmes that have not always clearly explained its effectiveness. This has contributed to a certain distrust on the part of the public, which happily is now a lot less than it was. Besides, safeguards have now been firmly put in place, notably with all the auditing and certification systems that surround this market, the principles of which stem from the Kyoto Protocol.

Looking towards the future: where will ecoLive be in 10 years?

I think that, thanks to ecoLive’s high degree of adaptability, the office will always be firmly anchored in French-speaking Switzerland, with larger-scale and more personalised solutions for continuously advancing commitment from companies for protecting the environment and the climate, as the innovation of both ecoLive and myclimate has already shown over recent years. Furthermore, our activities in the area of chemical management are enabling a significant improvement in safety, for both users and the environment. Our expertise in the area of responsible consumerism and the instruments we have developed to support companies with their environmental strategies are also assets that are allowing us to plan for an expansion in our activities.