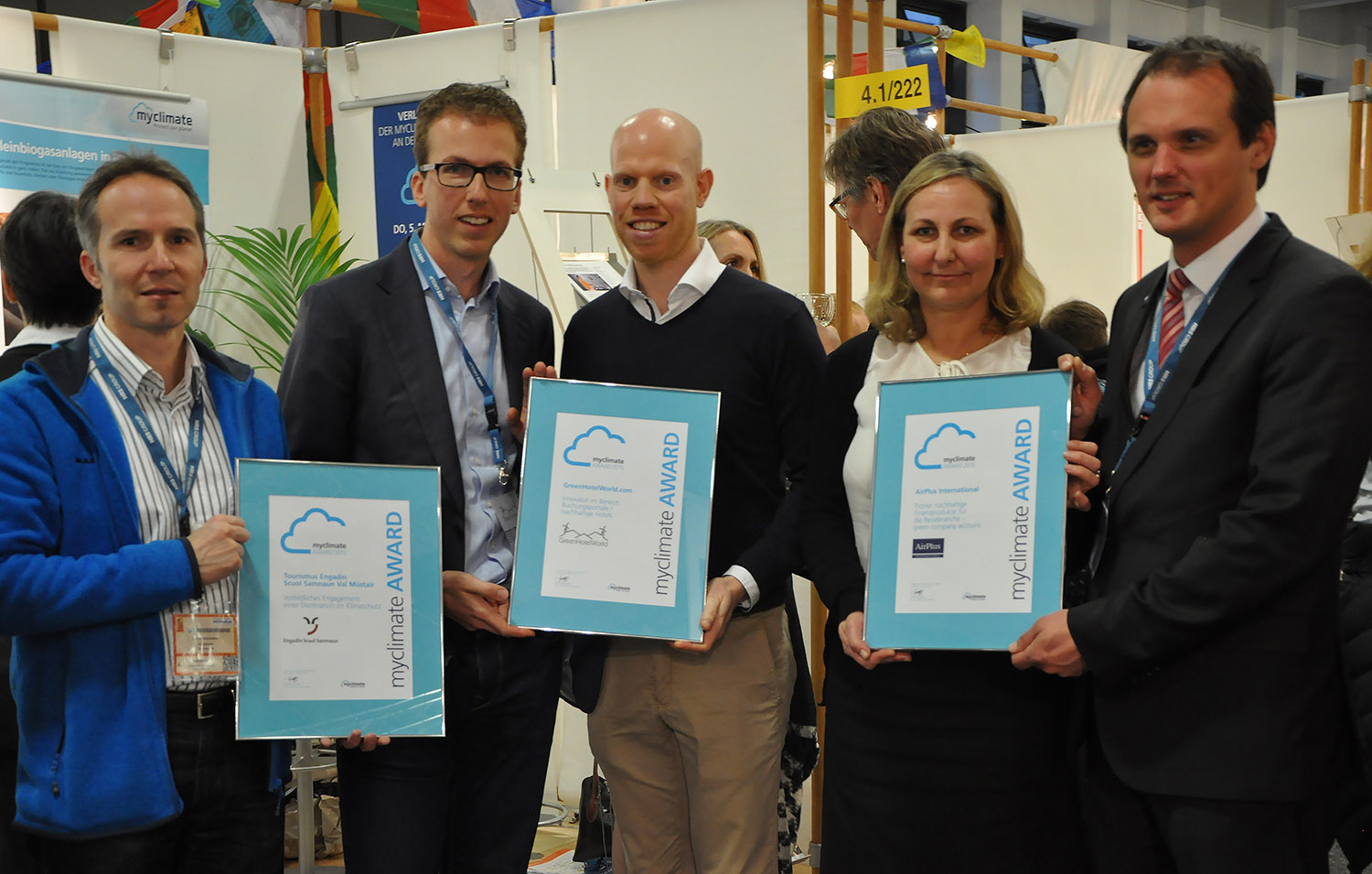 “With Green Company Account,  AirPlus has once again launched a project which integrates climate and environmental protection in an exemplary and customer-friendly manner,” announced Stefan Baumeister, Chief Executive of myclimate Deutschland gGmbH, describing the first prize winner of the evening. Annette Kussmaul and Michael Maass received the award on behalf of the Lufthansa subsidiary AirPlus.