For several years, myclimate has been supporting an extensive cooker project in the Chinese province of Shanxi. Simon Straekter, a young yet renowned filmmaker, joined myclimate staff in situ. See his documentary for yourself! 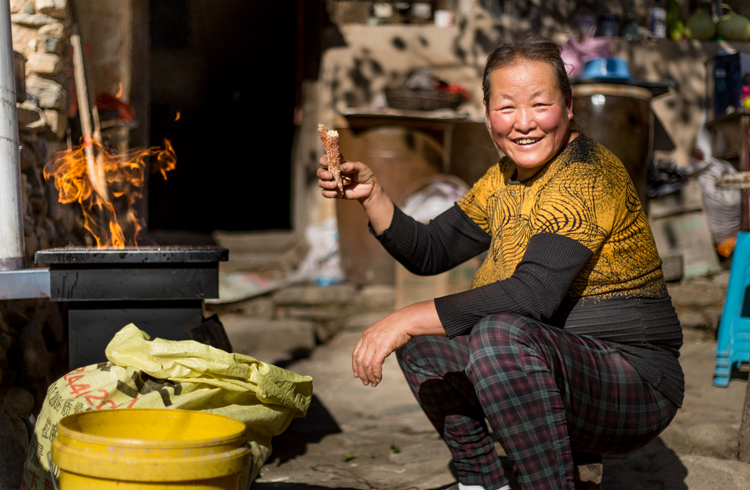 The project “Cooking with Corncobs instead of Coal” aims to replace traditional coal ovens in rural households in China’s Shanxi province with clean gas ovens that run on biomass. By substituting biomass for coal, the CO₂ emissions are reduced and the air quality in homes, and thus the health of women and children, is improved.

myclimate is working with local organisations Impact Carbon and the China Association for Rural Energy. The collaboration is having a significant impact: more than 800,000 tonnes of CO₂ have been saved by the project so far. Another party strongly involved in the success of the project is well-known outdoor brand VAUDE, which is supporting the project and thus compensation the emissions of its site in Tettnang in south Germany. VAUDE also brought on board Simon Straetker to document the project for the company’s latest annual report.

The film uses artistic, calm images to portray the situation in situ in Shanxi province. Users of the ovens are interviewed, as are Antje von Dewitz, Managing Director of VAUDE, and Thomas Finsterwald, Deputy Head of Climate Protection Projects at myclimate.

Simon Straetker is still young, but has already made a name for himself as a filmmaker and conservationist, amassing numerous prizes and accolades. Originally from the Black Forest, he has so far produced over 100 documentaries and short films. As a passionate environmentalist, in 2012 he founded the Pangaea Project, an ecological youth camp run in Germany, Serbia and South Africa. His most effective film was the “H20 High Black Forest Film Project”, which won him the People’s Choice prize from Friends of the Earth Germany, and was awarded the Best Camera at the Baden-Württemberg Youth Film Prize.