At the end of February, in the shadow of war in Ukraine, the Intergovernmental Panel on Climate Change published the latest part of its Assessment Report. It warns of the major risks of delaying far-reaching climate measures. The warmer it gets, the more difficult it will be to take effective measures for adaptation. Find out more and take action! 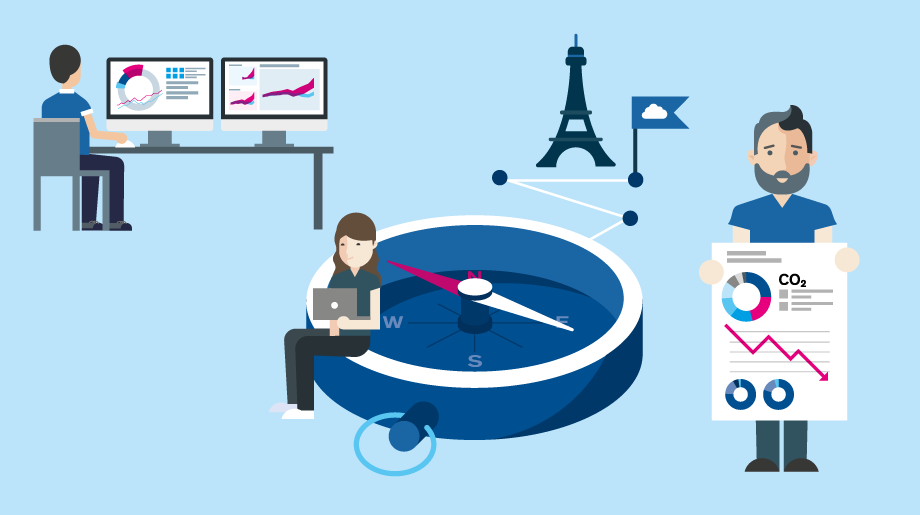 The window of opportunity to achieve the Paris targets is shrinking. Graphic: myclimate

The first of the three parts of the report, published in August 2021, revealed how and why the Earth’s climate is changing. This second part now comprises research findings on the effects of climate change on humans, ecosystems and biodiversity and is also dedicated to the possibilities and limitations of adaptation to climate change.

The scientific findings outlined by the approximately 3000-page report are unambiguous: climate change threatens the wellbeing of humans and the planet. More than one third of humanity currently lives in regions that are particularly threatened by climate change. Food insecurity, water scarcity and increasingly frequent extreme weather events caused by climate change could further exacerbate existing crises and conflicts. This is particularly true of the global South, where an increasingly unequal relationship is developing between the major climate risks and the still insufficient measures to limit them. The report then warns of the far-reaching risks and damage to environmental systems that the world must contend with even if it manages to reduce greenhouse gas emissions to “net zero” by 2050.

At the press conference for the presentation of the IPCC report, António Guterres, Secretary-General of the United Nations, had this to say: “I've seen many reports in my life, but nothing like the new IPCC climate report, an atlas of human suffering and a damning indictment of failed climate leadership.”

Summary: No more delays and acceleration of investment
The scientists conclude their summary for policymakers with the following statement: “The cumulative scientific evidence is unequivocal: Climate change is a threat to human well-being and planetary health. Any further delay in concerted anticipatory global action on adaptation and mitigation will miss the brief and rapidly closing window of opportunity to secure a liveable and sustainable future for all.”

The second key finding of this report brings somewhat better news: investing in adaptation measures works. But this requires the will of all people to enact change and the financial means to do it.

Below you will find a more detailed summary of the report.

Hunger and water scarcity
Climate change will increasingly impact negatively on food production and access to food, and will thus jeopardise food security, particularly in vulnerable regions. The report states that millions of people are already exposed to acute food insecurity and reduced water security as a result of an increase in extreme weather events.

Disease and premature death
Climate change and extreme weather events will “significantly increase ill health and premature deaths in the near- to long-term”. Around 50-75% of the global population could be exposed to periods of “life-threatening climatic conditions” due to extreme heat and precipitation by the year 2100. Biodiversity is also threatened by climate change.

Irreversible consequences
The report warns that even temporary global warming of more than 1.5°C would have serious impacts, and that these would last for centuries to millennia or, in terms of species extinction, be totally irreversible. If global emissions of greenhouse gases remain at current levels, then global warming will probably reach 1.5°C by 2035.

What solutions are there that will enable humans to adapt to climate change?

According to Thomas Bernauer, a professor at ETH who was involved in the latest IPCC report, “nature-based solutions”, i.e. carbon sinks, are one of the most important ways of removing CO2 from the atmosphere and storing it permanently. One example of this is large-scale tree-planting, sustainable forestry and soil management, or the rewetting of peatlands so that carbon can be permanently stored in soils and biomass. myclimate is now involved in more than 20 projects in Switzerland, Germany and worldwide for carbon dioxide removal by means of natural carbon sink projects.

Another important solution, according to Bernauer, is promoting climate-resilient development. Climate resilience refers to the ability of social and ecological systems to adapt to climate change in order to mitigate damage and take advantage of new opportunities. Examples of this include infrastructure projects such as flood protection, but also climate-compatible food and health systems.

The myclimate project “Fertile soil as a natural CO2 sink in the Lake Constance Region”, for example, improves water storage capacity and thus increases resilience in the event of extreme weather.

All of us – in both our professional and personal lives – must do everything we can to halt climate change and mitigate its consequences – be it through CO2 avoidance and reduction (mitigation) or adaptation to climate change. Take action yourself!