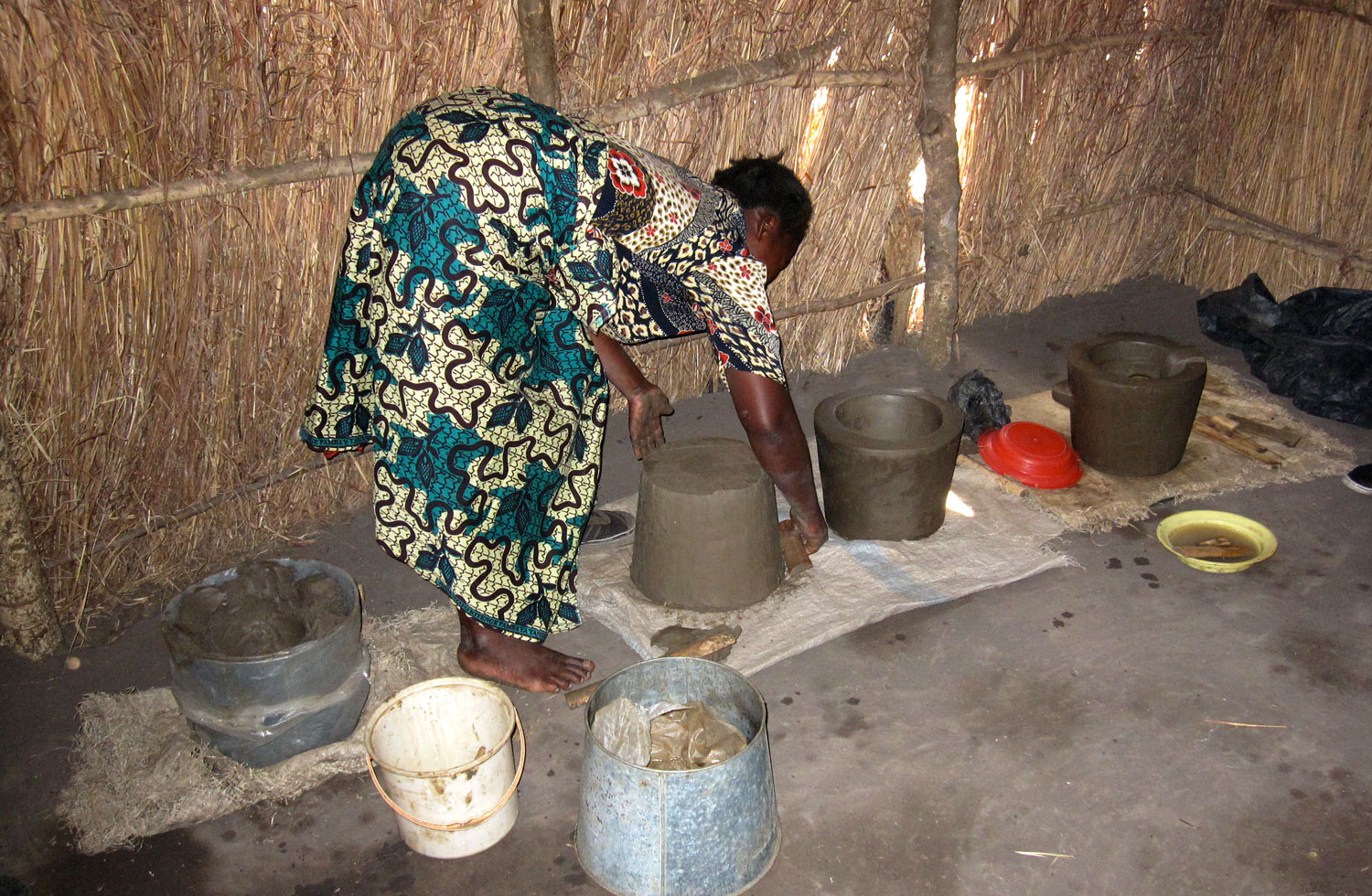 Replacing traditional stoves through more fuel-efficient cook stoves on the one hand and more efficient tobacco curing (drying) barns on the other hand, the project will reduce CO₂ by less deforestation and less burning of non-renewable biomass.

In rural Malawi, more than 90 percent of households still use the traditional 3-stone fires consuming large quantities of fuelwood for cooking. The project supported by myclimate distributes four types of stoves that are more fuel-efficient, improve heat transfer and combustion efficiency and are cleaner and safer: the portable ceramic stove, the fixed stove – both for rural households –, the urban cook stove for urban and peri-urban areas and the institutional cook stoves sized for cooking at institutions such as schools, colleges, prisons and hospitals. These stoves have evolved with specific designs. The specialised design lowers firewood consumption by up to 50 percent. These are significant savings in a country like Malawi, which is estimated to have suffered more than 70 percent deforestation in the last decades. The improved stoves directly decrease time of firewood gathering and reduce indoor cooking smoke, which is responsible for millions of deaths worldwide each year due to respiratory diseases mostly in women and children. The project thus has very strong public health and environmental benefits.

After fuel use for cooking, the greatest source of deforestation in Malawi is wood-fuelled tobacco 'curing'. This crop is Malawi’s largest export and primary source of hard currency. Smallholder farmers cultivating approximately 10’000 m2 of land – around 1-2 soccer fields – use fuelwood mainly from forests to 'cure' leaves in very inefficient traditional barns. Continued growth in the sector is directly accelerating the deforestation rate, causing soil erosion, rainwater run-off, sinking water table and river siltation, with consequent impact on the nutrition cycle. The project’s barn is an affordable curing barn that reduces wood consumption by more than 60 percent. The ‘Rocket Barn’ has been developed locally and has reached high efficiency gains using affordable and locally accessible raw materials.

In relation to both cook stoves and rocket barns, the primary characteristic that permits widespread uptake in the region is the absence of foreign, exotic or complicated tools or parts. Furthermore, household income are increased due to reduced expenses on wood fuel. Both activities – developed and implemented by the Malawian organisation Hestian Rural Innovation Development – encourage skill development and create jobs in rural areas.

The stoves lowers firewood consumption by up to 50 percent.