Climate-Optimised Forest management in the Canton of Graubünden, Switzerland 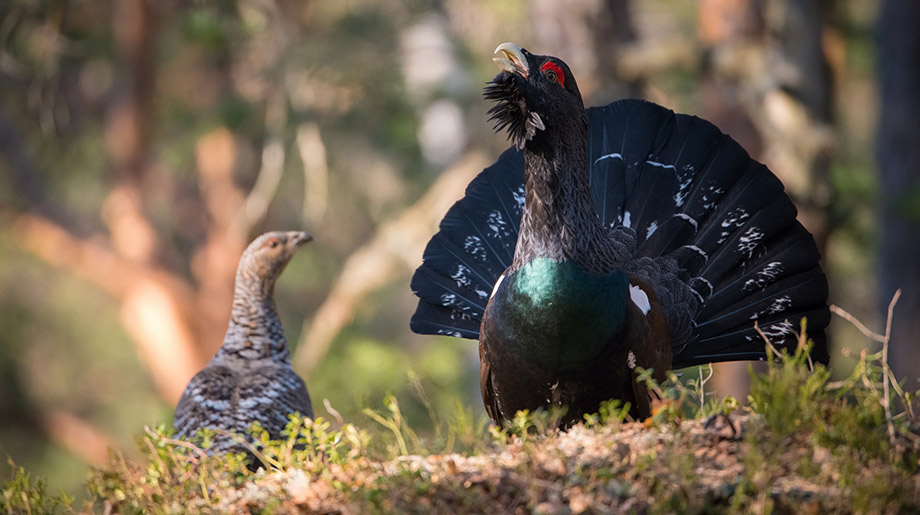 By voluntarily avoiding the use of potential timber stocks, forestry management for this forest area in the region of Prättigau and Davos is optimised in terms of climate, and CO2 is thus permanently removed from the atmosphere. The forest owners are also pledging to invest the income from the sale of CO₂ certificates into the forest for the benefit of a resilient forest, the promotion of biodiversity and measures to raise awareness.

The forest is priceless. It provides us with wood: a sustainable raw material, a renewable building material and source of renewable energy. The forest slows down flood crests and cleans and stores the water as ground water. Furthermore, the forest is the guardian of biodiversity; it provides a habitat for countless animals and plants. Last but not least, it is a large carbon store. Trees remove carbon dioxide(CO2) from the atmosphere while they grow, and the carbon they collect is then stored in the biomass and the soil. This known as a carbon sink and it is an important pillar of local and international climate protection. While in developing countries there is a greater focus on protecting the forest, the aim in industrialised countries is to adapt forestry to incorporate climate protection, i.e. to combine the use of wood as a renewable resource with the storage of carbon.

Until now, forest owners have not benefited from the value of this carbon sink service. This carbon offset project now compensates forest owners for their contribution to climate regulation and at the same time enables them to adapt their management of the forest to climate change. In other words, climate-optimised management ensures that the forest develops in a stable and vital way and that all the functions of the forest — protection, wood production, biodiversity, recreation and drinking water protection — are still fulfilled.

Reduction in utilisation of the managed forest over 30 years

More specifically, twelve public forestry owners in the regions of Prättigau Davos (Conters, Davos, Fideris, Furna, Grüsch, Jenaz, Klosters, Küblis, Luzein, Schiers, Seewis, cooperation Schneeliwald) have developed a carbon offset project in 13,000 hectares of forest in which carbon is stored and captured in the trees. This means that, with a partial reduction in utilisation in the managed forest, stocks of timber will increase in comparison with normal stocks, thus increasing and securing the forest's carbon sink — in other words, more tree biomass, and therefore more carbon, remains in the forest. As part of this project, the forest owners pledge to use this reduced amount of timber for at least the next 30 years. This so-called biological sequestration of carbon thus makes a contribution to nationwide climate protection efforts.

Financing of the forest protection measures

Through the implementation of this controlled carbon offset project, the forest owners will receive financial support. The income from the sale of the CO₂ emissions reduction certificate is equivalent to the lost income from timber utilisation and the forest owners pledge to reinvest the income from the sales of the certificates back into the forest. Measures to generate other benefits to the forest are being financed: In particular, this includes protective forest care, remedying climate-related forest damage, climate-resistant adaptations to the forest structure, forestry infrastructures and projects for natural and forest education purposes and, last but not least, projects to benefit biodiversity. One example of such a project is conserving the habitat of the critically endangered capercaillie. The capercaillie is classed as a Swiss priority species requiring assistance, whose ideal habitat is a mountainous coniferous forest maintained in as natural a condition as possible and containing a variety of local tree and plant species. The project is expected to provide clear inspiration for the regional forest management, making a positive impact on the economic situation of the forestry operations.

Because the federal government counts part of the sink effect of the Swiss forests towards its national climate balance, each CO2 certificate from this project is also deposited with a certificate in an international subsistence farming families reforestation project run by myclimate in order to avoid any double counting on the part of the state.

The project sustainably manages a forest area of 13,000 ha.

The project supports species that are either under threat or have been declared as target or key species in Switzerland with targeted measures.