At the award ceremony for the .ORG Impact Awards on 9 November, the Swiss organisation ADES, the long-term project partner of the myclimate carbon offset project in Madagascar, not only won an award in the category “Overcoming Climate Change” but also came away with the main prize for organisation of the year! 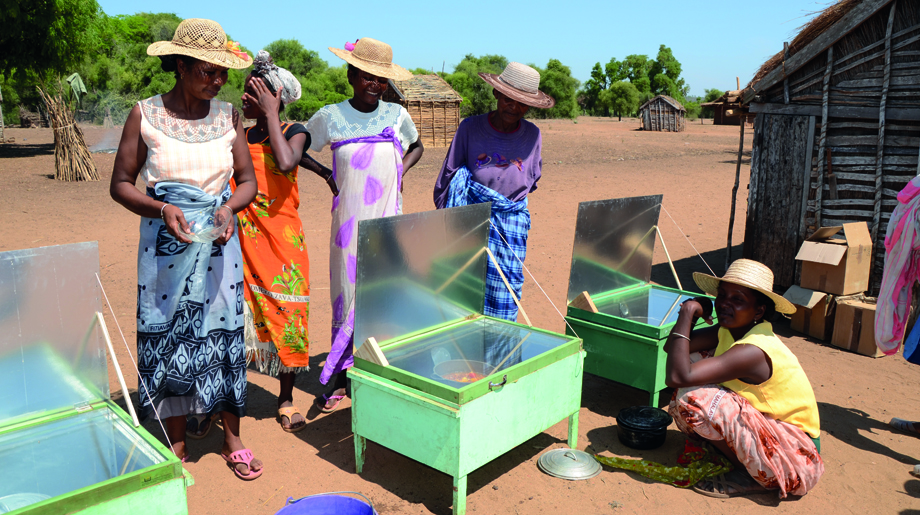 myclimate shares in ADES’ delight at this recognition of their joint, long-term work in and for Madagascar, particularly as myclimate and ADES recently decided to expand their successful collaboration. At the start of the partnership in 2008, ADES was one of myclimate’s first big partner organisations. Both organisations have since seen strong growth and are now setting the course for sustainable climate protection in Madagascar. In the context of this partnership, over 2.7 million tonnes of carbon dioxide are to be jointly avoided by 2028.

By constructing solar and energy-saving stoves in Madagascar, the carbon offset project not only reduces harmful CO2 emissions but also provides a wide range of additional positive effects for the population in one of the poorest regions of the world through over 200 jobs as well as education and reforestation projects.

“The long-term partnership between ADES and myclimate is an outstanding example of sustainable climate protection offering a win-win situation for people and nature. ADES works on location, while we recruit partners for climate protection and support ADES in calculating and proving the impact of its projects in accordance with the specifications of the Gold Standard,” says myclimate CEO Stephen Neff.

To date, 2,435,000 tonnes of CO2 has been offset in the context of the partnership. In addition, around 550,000 trees have been planted since 2008. The joint project has reached more than 80,000 schoolchildren through various educational measures.

“The proceeds from voluntary carbon offsetting by companies and private individuals are enormously important to us to help us to subsidise energy-saving stoves in such a way that even poor people in Madagascar gain access to efficient cooking methods. Every stove reduces the individual need for wood or coal by 50 per cent, which contributes to the preservation of valuable nature locally,” adds Herbert Blaser, President of ADES.