The population of Rwanda is growing steadily. The demand for wood is also constantly increasing around the cloud forests in the northwest of the country. As a result, the habitats of the mountain gorillas are threatened. The new myclimate energy-efficient stoves project reduces wood consumption, protects the gorillas and – additionally – reduces greenhouse gases in the atmosphere, saves time and money and improves health for women and girls. 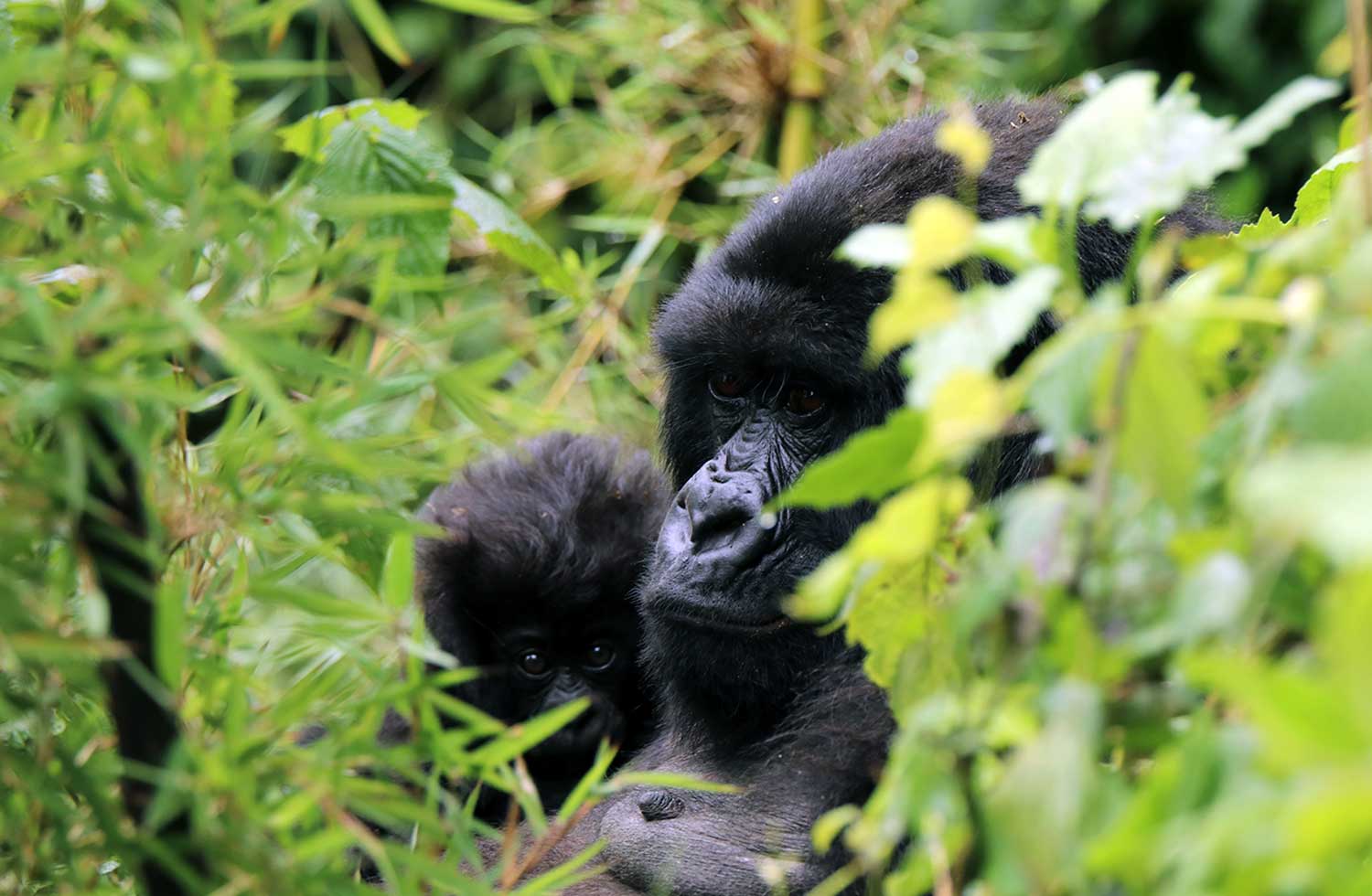 The reduction of up to 70 in the amount of firewood required binds climate-damaging CO₂, which would otherwise be released into the atmosphere through the combustion of wood. The plan is to sell and install a total of up to 50,000 efficient stoves. Together with the local population, the myclimate project partner has developed an efficient stove model that can be produced locally and consumes more than two thirds less firewood than conventional open three-stone fireplaces.

In addition to protecting mountain gorillas and reducing CO₂ emissions, the project is also changing the lives of women and girls in particular. They have to spend much less time or money to get firewood - a job that is traditionally clearly in the hands of women. Thanks to more efficient combustion, they are also less exposed to the harmful soot particles of open fires. "The smoke in the cabin has been greatly reduced. I no longer have reddened eyes and my lungs are not irritated. I only spend 50 Rwandan francs (about 5 cents) a day on firewood - one sixth of my previous spending," says Ancille Mukasine, from Kabatwa in the Nyabihu District in Rwanda, who already uses a cooker.

The efficient cooker also reduces cooking time by half. This gives families more than one hour a day to use for agriculture and other activities. This project complements the protection measures of the government and NGOs in favour of the rainforests. The project contributes to the achievement of a total of 10 SDGs.

More about the project on myclimate.org