Tick Denali off the list. A few days ago, Dario Schwörer and Expedition TOPtoTOP reached the highest summit in North America supported by Martin Schuster, a climber who grew up in Alaska. 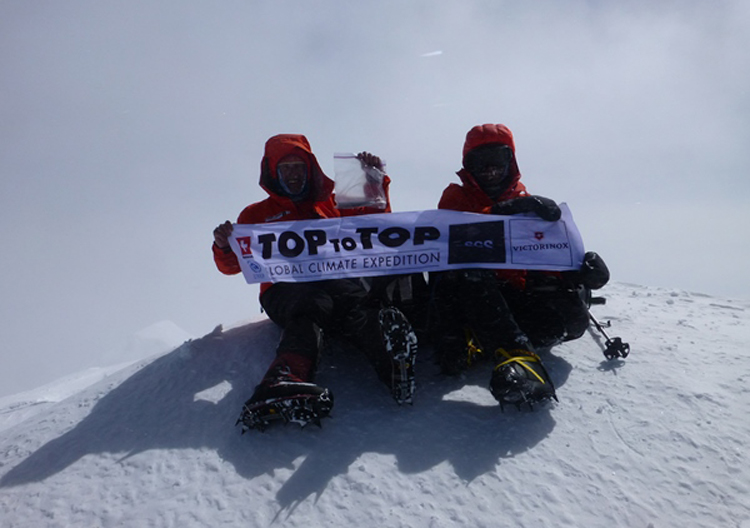 Dario Schwörer and Martin Schuster on TOP of Denali, the highest summit in North America.

Their mission to cross all seven oceans and climb the highest summits on every continent is all but complete. There’s just one peak missing: Mount Vinson in Antarctica. But the Schwörers are in no hurry. They are focusing on something completely different. “Throughout our journey we want to inspire as many children as possible with all the outstanding examples of environmental protection that we've had the honour of experiencing in the past few years. We want to carry out as much volunteer work as possible. After all, that’s what drives us on and recharges our batteries”, said Dario Schwörer during an interview with a local radio station. Sabine Schwörer added: “Dario originally told me that this trip would take three to four years. Twelve years and four children later, I’m still enjoying our adventures”.

myclimate has supported this project since 2011 when René Estermann first got to know Dario Schwörer in person. TOPtoTOP has set itself the daunting challenge of sailing the seven seas and conquering the highest peaks on each of the world's continents. Without high-tech support, but climate neutrally using muscle power and renewable energy sources. But they also serve as ambassadors for the global climate. And to that end the Schwörers are consciously seeking out contact with the next generation. These passion-filled role models have already inspired more than 50,000 children and young people around the world.

Dario Schwörer has scheduled nearly three more years for the final stage. Their route will take them south through the Northwest Passage and along the East Coast of the US. That would make for a perfect figure eight around the American continent. myclimate will continue to support the Schwörers and make regular reports on their progress.