In order to reduce CO₂ and counter the rapid deforestation on Madagascar, myclimate supports the manufacture and distribution of efficient cookers and climate-friendly solar cookers. The sensibilisation of pupils about environmental protection and climate friendly cooking as well as the reforestation of two seedlings per cook stove sold are part of that project.

The Swiss-Madagascan organization ADES (Association pour le Développement de l'Energy Solaire) has been producing solar cookers in Madagascar since 2002 and selling them at a reduced price to local households. Since 2010, the project has expanded its activities to the entire island and included also efficient cook stove models that perfectly complement the use of solar cookers if the sun is not shining. Today ADES offers a portfolio of nine different solar and efficient cook stove models for households as well as for institutional and commercial clients such as schools, children's homes and hospitals. The project operates stove production and distribution centres all over the island to serve customers all over Madagascar. Meanwhile, three camions are on the road as mobile promotions and information centres in predominantly rural areas in northern Madagascar. The remote Sava Region in the north of Madagascar has also been supplied since 2021. It is known as a global centre for the cultivation of vanilla. Since transportation to the region by land is very difficult, the stoves are transported from Tamatave to Antalaha and Vohémar by sea and from there distributed within the region using one of three lorries.

Today, we learned how a forest is created, and what kinds of plants and animals live in our forests. It was exciting and I would like to learn a lot more.

The climate-friendly cookers save up to 50 per cent of charcoal or firewood consumption resulting in valuable monetary savings for the household’s budget or time savings and less frequent gathering of firewood. Especially women and children benefit from the zero-emission solar cookers or cleaner combustion of efficient cookers due to less exposure to smoke during cooking. The dissemination of efficient and solar cook stoves is an effective means to combat the quickly advancing deforestation in Madagascar and to reduce CO₂ emissions from the use of non-renewable biomass. Additionaly, ADES finances two trees for reforestation each time a cook stove gets sold.

I have planted more than 6000 trees in the last five years. I am proud of that.

During 896 school visits over 100,000 pupils and teachers have been sensibilised for climate protection and clean cooking.

9 different stove models are being locally produced with local material.

370,000 solar and efficient cook stoves have been produced and sold. 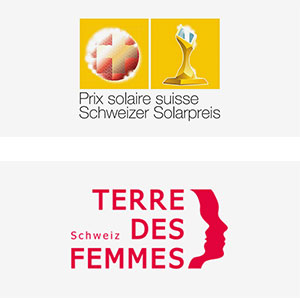