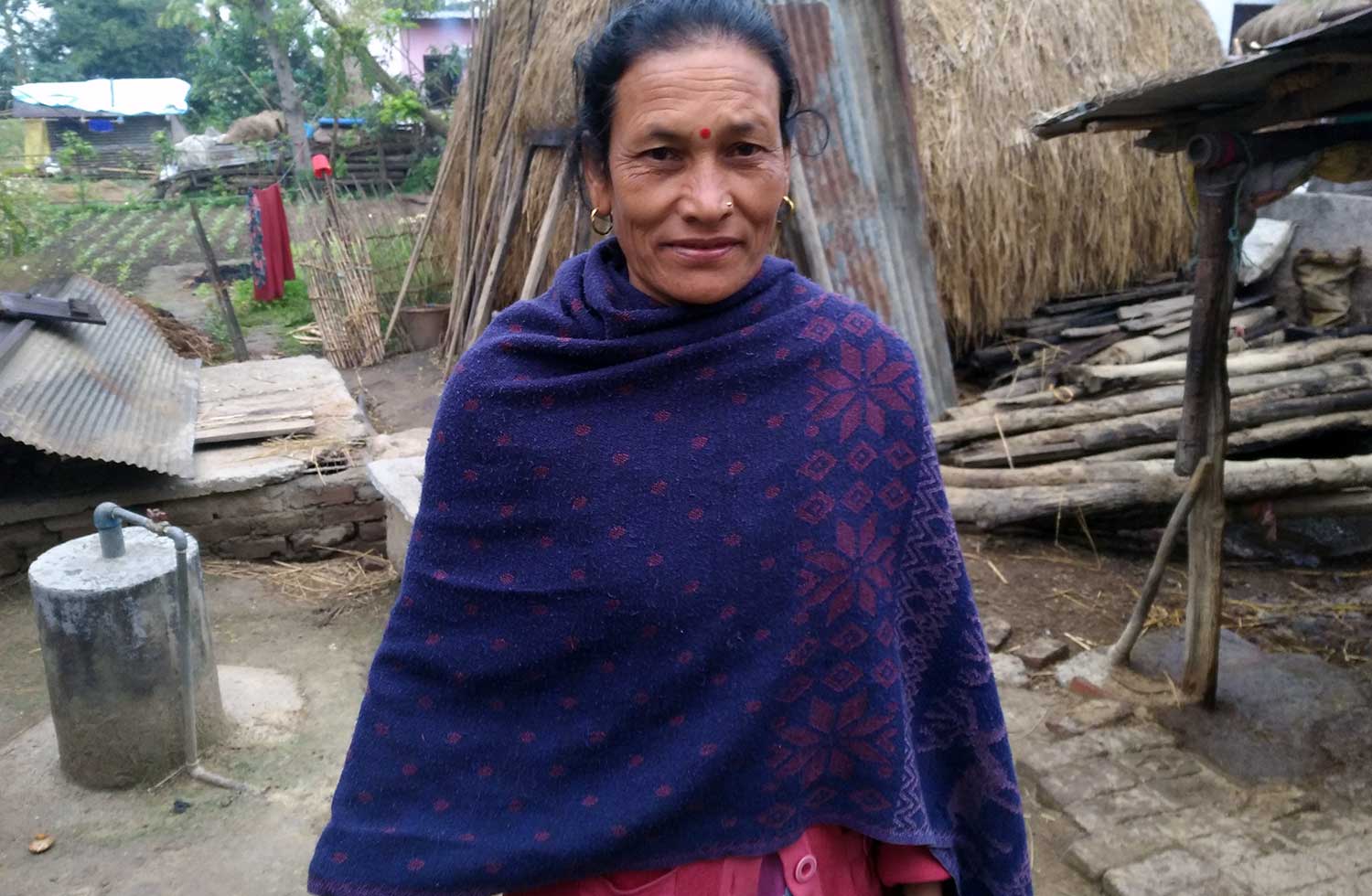 In rural areas of Nepal, women mostly use wood to cook for their families. This has a negative impact both on women’s health and on the climate. To counteract the problem, this project develops and distributes small biogas systems for private households. They allow the population to be supplied with clean energy while preserving tree stocks.

Women in rural regions of Nepal collect firewood several hours a day to cook for their families. The work is laborious and is not without risk: it could startle rhinos, elephants and other wild animals native to the woods and make them feel threatened, so the women must be vigilant at all times and walk carefully. When the Nepalese women cook over a wood fire, they are also exposed to smoke and often complain of irritated eyes and respiratory tracts.

The project has built, maintained and repaired more than 15,000 small biogas systems on the land of farming families; this became necessary following the devastating earthquake of 2015. The project was originally initiated by WWF Nepal and supported together with myclimate. The Nepalese project partner BSP (Biogas Sector Partnership Nepal) was responsible for the implementation. After the first project phase, WWF handed over the entire project to its Nepalese partner, BSP, which is now continuing it with the support of myclimate. Starting from 2023, both partners plan a further scale-up to reach new villages in new regions.

The operation of biogas systems reduces the demand for non-sustainably used firewood and at the same time reduces CO₂ emissions as a result of deforestation and combustion of the wood. The installed dome-shaped systems are developed in Nepal and provide enough energy for a family with at least two cows or buffaloes. The cattle manure is mixed with water and added to the system. Anaerobic decomposition of the organic matter promotes the formation of biogas, which is fed into the kitchen via pipe connections and used for cooking.

What is the most rewarding part of the job for me? Well, I make my own money and no longer have to ask my husband for any. I’m using it to send my three children to a better school.

The project in southwestern Nepal has several advantages for the local population: The time-consuming search for firewood is eliminated, families produce clean energy from their own waste themselves, and the planning, construction and maintenance of the systems creates hundreds of jobs. In addition, the families can decide to have a toilet built, which is also then connected to the system; this improves the hygienic situation. In contrast to firewood, cooking with Biogas also does not produce any harmful smoke. The digestate from the systems can be used as biological fertiliser, which improves agricultural yields.

To help families pay for the biogas systems, the local project partner BSP organises grants from government programmes and arranges access to low-interest loans from microfinance institutions. The income from the CO₂ certificates is another important part of making these facilities affordable for families.

The biogas plants are subsidized with 50% by carbon finance. Once financed and installed, the plants provide a relive to the family budget: 97% of households confirm money savings as expenses for firewood and gas for cooking are eliminated.

100% of the biogas users confirm that there is a considerable reduction in smoke and soot when cooking.

Skill training in biodigester installation has been provided to 23 masons and technicians.

15,639 biogas plants were installed and produce clean energy for the families.

15 direct jobs have been created due to the project. Furthermore, the project cooperates with local companies for biogas plant installation which creates further employment.

Each household saves on the average 18 kg firewood per day.

The residue from the biogas plants has a high nutrient concentration and is an excellent organic fertilizer. More than 94% of the families use the bio-slurry instead of chemical fertilizer to improve the soil condition of their fields.

100% of the women confirm that they have to spend less time for collecting firewood. Time savings are mainly used for farming, household work as well as social and income generating activities.