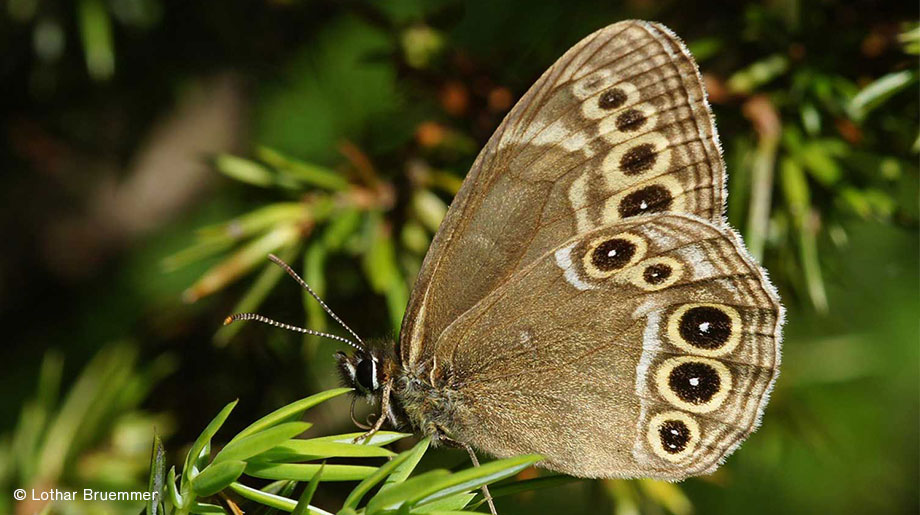 Refraining from using wood is reducing greenhouse gases in a forest preserve in the Canton of Jura and is also protecting the habitat of endangered species like the woodland brown butterfly, Rosalia longicorn beetle and wildcat.

Since the amount of tree biomass doubles on average if there is no forest cultivation and lumbering, the CO₂ storage will double compared with a managed forest by the year 2040. The amount of CO₂ in the air is therefore reduced twofold. For this so-called sink capacity, the forest owners receive a certain amount of money for each climate protection certificate sold – that is, per tonne of CO₂ reduced – and it is paid into a fund.

The financially weak municipalities of Bourgeoisie Soulce and Undervelier established a forest preserve in a region characterised by emigration in Délémont District in the Canton of Jura. The preserve is 174 ha in size, and the forest owners will refrain from utilising its wood for 99 years. This non-utilisation will be compensated at 70 per cent by the federal government and the canton. The other 30 per cent will be financed with money from the CO₂ certificates and was therefore a decisive factor in the founding of the preserve.

How can myclimate guarantee that the CO₂ is actually stored in the biomass in the longer term?

A risk buffer of 35 per cent was included for any loss of the saved amount of carbon, for example, as a result of tree diseases or forest fires. That means over a third of the CO₂ certificates are set aside as a safeguard. Additionally, the calculation of the storage effect is based on very conservative assumptions. Thus, for instance, the carbon stored in the ground and deadwood was not considered in the calculations. Additionally, the forests are certified according to the FSC forest standard, and the cantonal forestry service is responsible for monitoring the non-utilization of the wood. Because the federal government counts part of the sink effect of the Swiss forests towards its national climate balance in the scope of the Kyoto Protocol, each CO₂ certificate from this project is also deposited with a certificate in a small-scale farming family reforestation project run by myclimate in Nicaragua in order to avoid any double counting on the part of the state.

Which species does the project protect?

Thanks to the additional funding from the CO₂ certificates, individual measures to provide biodiversity are being implemented to create new habitat for rare or endangered species, such as the wildcat (Felis silvestris), the Rosalia longicorn beetle (Rosalia alpina) and the woodland brown butterfly (Lopinga achine). For instance, a small clearing is made here and there so the woodland brown has the light it needs to reproduce, or plants that form the basis of the Rosalia longicorn’s diet are planted. Because this forest is not being used for economic purposes and a nature protection zone is being created, the habitat of these animals is being protected.

This project makes it possible for financially weak municipalities in Switzerland to protect nature and the environment, and simultaneously supports the incomes of small-scale farming families in the second-poorest country in Latin America.

This project contributes to 2 SDGs:

The project uses targeted measures to promote species such as the longhorn beetle or wildcat, which are either endangered or are declared as target or indicator species in Switzerland.

No absorption of CO₂ from the air
Download project PDF