Greenhouse gases are those gases in the atmosphere that have an influence on the earth's energy balance. They cause the so-called greenhouse effect. The best known greenhouse gases, carbon dioxide (CO₂), methane and nitrous oxide, can be found naturally in low concentrations in the atmosphere. However, the proportion has increased significantly since the beginning of the last century due to various man-made sources.

In addition to these trace gases, which can only be found in very low concentrations in the atmosphere, water vapour is probably the most important greenhouse gas. However, it only plays a major role in relation to the natural greenhouse effect, since the absorption capacity of water vapour in the air is directly related to temperature. Water vapour therefore has little influence on man-made climate change.

The concentration of greenhouse gases

Not only does the concentration of greenhouse gases influence Earth’s temperature but temperature fluctuations caused by natural climate factors in turn alter these concentrations. CO2 concentrations of between 180 and 300 ppm (parts per million) have been ascertained for the last 800,000 years from Arctic ice and sediment core samples. 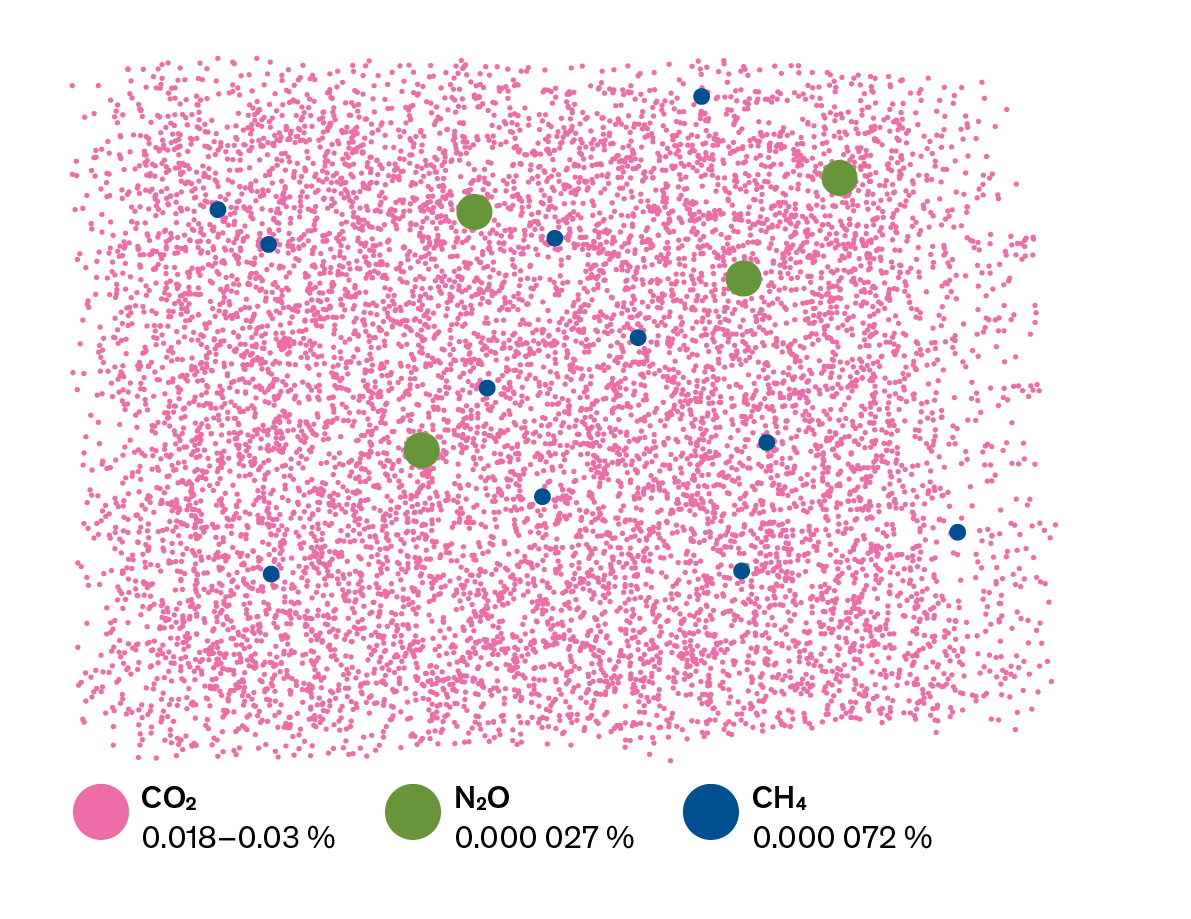 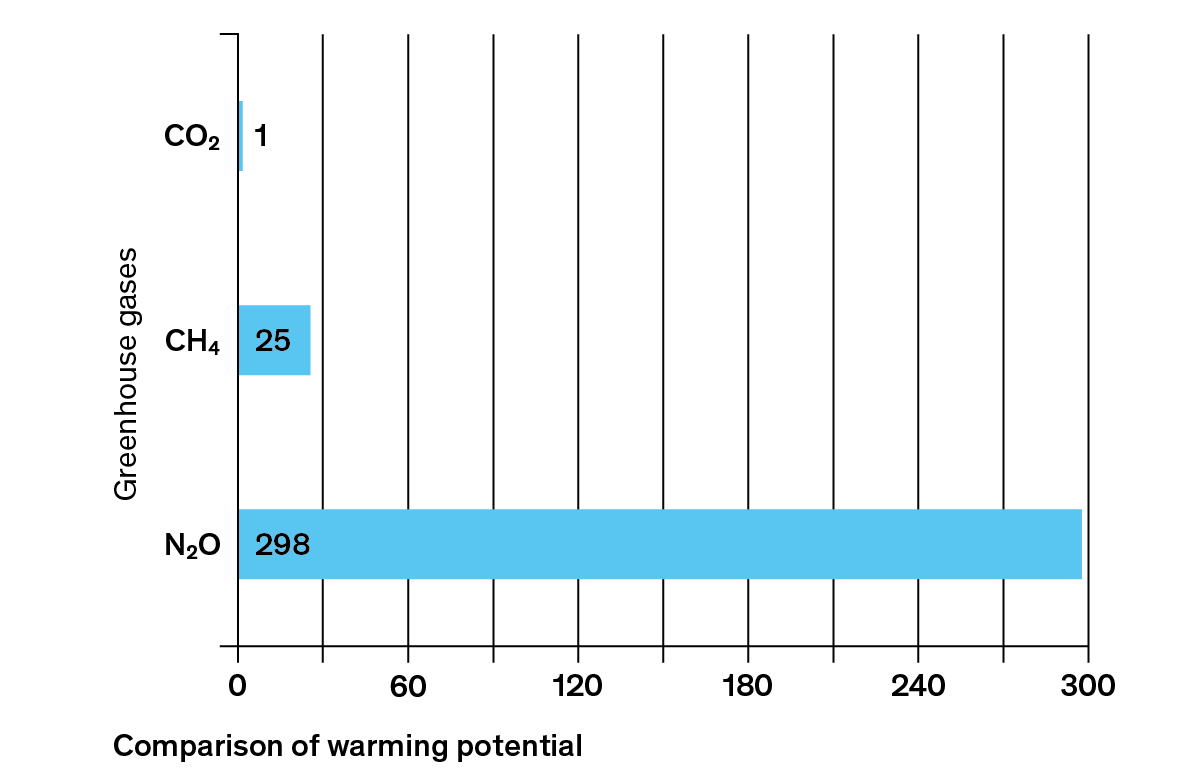 The respective influence of CO2, CH4 and N2O on the climate varies. Thus, CH4 and N2O have a disproportionate impact on the greenhouse effect relative to their comparatively small atmospheric concentrations.

In order to compare the respective impact on the climate and the warming potential of the greenhouse gases, methane and nitrous oxide are measured in CO2 equivalents (CO2e).

For this purpose, emissions are multiplied by the respective climate impact factor. The basis for this calculation is CO2 with a warming potential of one.

With the myclimate CO₂ calculator you can calculate and offset your CO₂ emissions.