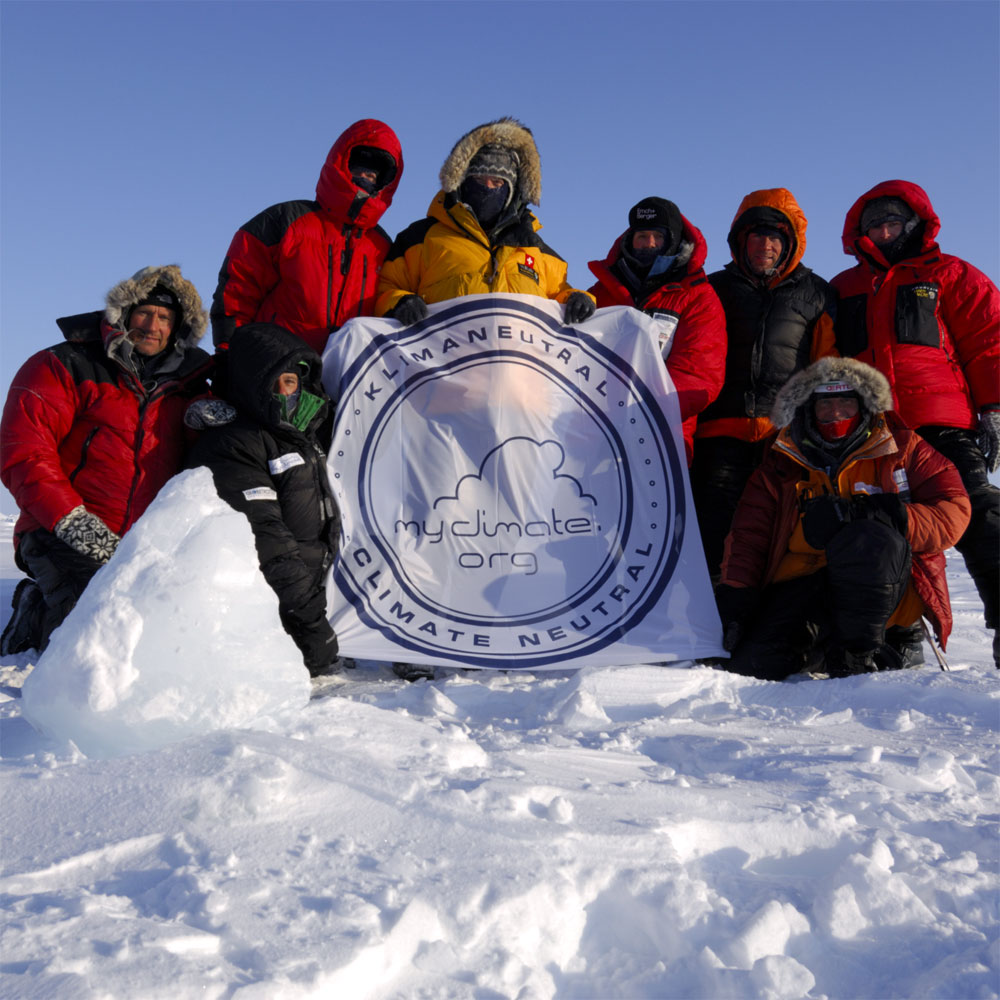 At the Swiss Economic Forum on 3/4 May 2007 in Thun, companies have the opportunity to acquire the first "Melting-ice" sculptures from North Pole ice and millennia-old glacier wood from the Swiss Alps. Through this, they make a contribution to the protection of the climate. The proceeds flow into climate protection projects or environmental education initiatives of the non-profit foundation myclimate. In April 2007, the photographer and mountain climber Thomas Ulrich, as well as André Lüthi, CEO of Globetrotter Travel Service and Highflyer of this year's SEF, together with six guests set off on a North Pole expedition. Their goal was to reach the North Pole on foot, starting from Borneo (Russia). In ten days, the group covered approximately 120 kilometres with skis, sleds and tents. Shortly before reaching their destination, the expedition had to be aborted due to adverse conditions with temperatures of minus 35 degrees, icy storms, and drifting ice floes.

Near the North Pole, Ulrich and Lüthi sawed a chunk of North Pole ice weighing 29 kilograms out of the ground, which they brought back to Switzerland. Here, the melted North Pole ice was packed in glass cubes and transformed together with glacier wood into the "Melting-ice" sculptures by the Vals-based wood sculptor Pius Walker. The wood used in the sculptures is several thousands of years old and was released by melting Swiss glaciers. It was made available by the geological institute of the University of Bern through professor Christian Schlüchter.

"With this campaign, we want to make people aware of the consequences of climate warming", says André Lüthi. "Different studies assume that in 20 to 30 years the arctic ice cap will melt during the summer months and that also a large part of the glaciers in the Alps will have disappeared. "At the same time, the proceeds of the campaign support the non-profit, internationally renowned Swiss foundation, myclimate. myclimate supports climate protection projects worldwide, which lead to the direct reduction of greenhouse gas emissions, for example the first wind farms in Madagascar, small micro-hydro power plants in Indonesia, power and heat production from biomass in India, or energy efficient cookers in Cambodia. "Melting-ice" is to act in the offices of the managers as a symbol for the worldwide climate change and "melt the ice there" in favour of effective climate protection commitment.

Find the talon to the "Melting-ice" sculptures here.