Great news from the Grand Duchy! Thanks to Reka, Luxembourg now has a 100% climate-neutral print shop. And the Karnataka region in India is also reaping the benefits. 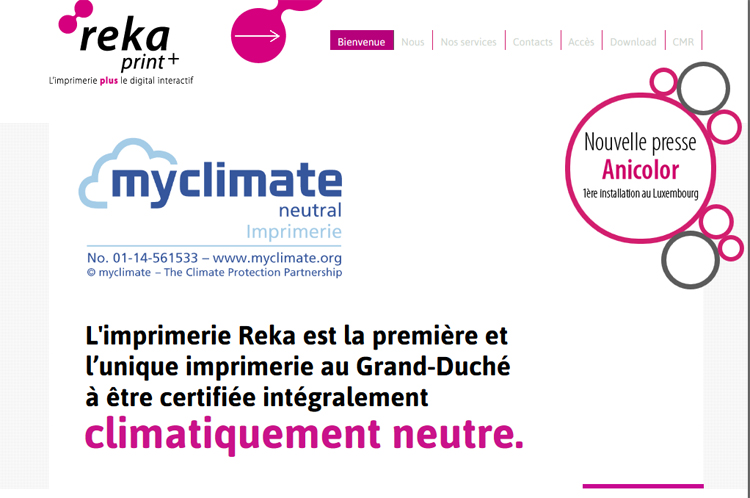 The Reka print shop was founded in 1936 and is one of the longest-standing in Luxembourg. In January, the company assumed a pioneering role in the Grand Duchy and became the first of its kind to be 100% climate-neutral.

Reka is enhancing its own, broad-based sustainability commitment by being the first and only 100% climate-neutral print shop in Luxembourg to achieve certification. Despite efforts to keep the carbon footprint as small as possible, there are still a few unavoidable greenhouse gas emissions in the business process. To calculate these and to offset said unavoidable CO₂ emissions, Reka decided to work with the biogas Karnataka project in India.

In 2010, the print shop moved to a new 3,000 m2 building in Ehlerange (Luxembourg) that was constructed in accordance with strict energy efficiency guidelines. Reka also exclusively uses eco-friendly consumables, regularly invests in new eco-technologies, sensitises its own staff in matters of recycling and waste disposal, and proactively encourages its clients to choose FSC or PEFC.